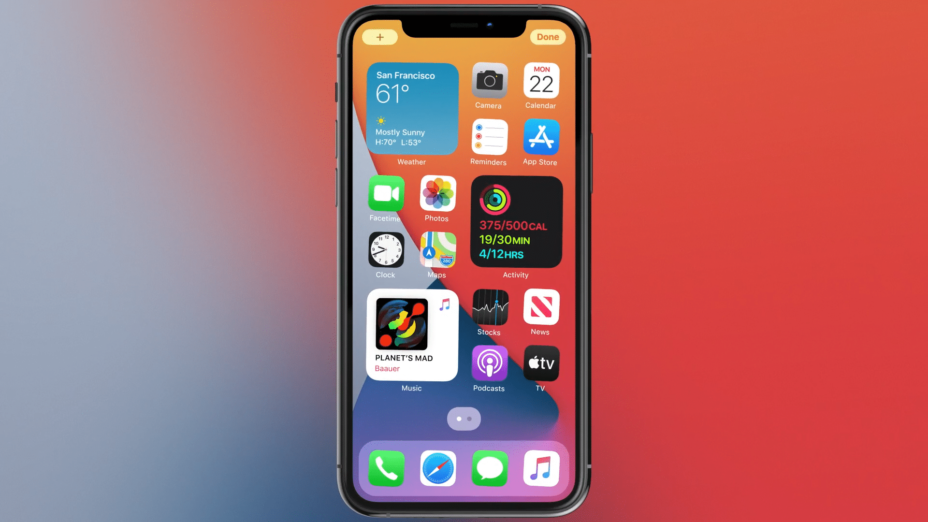 The addition of widgets in iOS 14 on the iPhone’s home screen is easily one of the biggest highlights of the update. Apple’s implementation is pretty smart as well as Smart Stack will allow users to have multiple widgets on the home screen without wasting too much space. However, there’s one major issue with Apple’s widget implementation in iOS 14.

As per Apple’s developer guidelines for widgets, they can only be used for showing information and are not interactive in nature like widgets on Android. This means you cannot keep a to-do widget on your iPhone’s home screen and then directly tick on all the completed tasks from there. You will have to open the app for this. Apple is also limiting developers

from showing buttons or adding other interactive UI elements on the display. Such restrictions will greatly limit the usefulness of widgets on iPhones for many people.

Apple’s restriction makes it clear that it wants widgets on iPhones for only showing information and does not want users to interact with them or turn them into “mini-apps.” There are possibly two reasons why Apple is doing this: interactive widgets would not provide a good user experience or having interactive widgets could lead to an increase in power consumption.

While not having interactive elements in a widget is definitely a bummer, it cannot be denied that just having widgets on the iPhone’s home screen is a big usability improvement. Widgets are primarily meant to quickly show important information to users at a glance which they should be able to do on the iPhone in iOS 14.

READ MORE:  How to Change Playlist image from iPhone Instead of Using Computer