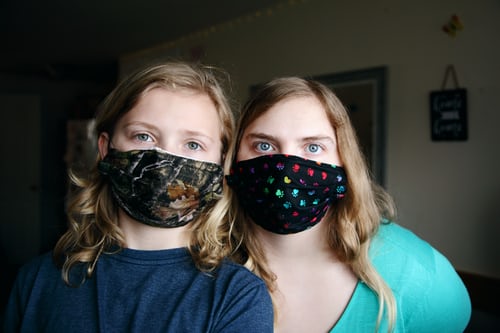 There is a funny story about Vlad the Impaler, usually called “Dracula” but he was not the model for Bram Stoker’s vampire. Vlad was much, much worse than Dracula the vampire.

The funny story goes like this; while he was ruling in Wallachia, a group of burghers (what we would call “Republicans” today) complained about the large number of poor people begging, sitting around and generally making a nuisance of themselves. They petitioned Vlad to do something about the poor.

So Vlad nodded and agreed. He built a massive wooden building and filled it with long tables and then invited the poor in for a free meal as part of a new program to aid them.

The major benefit of the Coronavirus to the Republicans is that it is like the atom bomb (or Vlad the Impaler) in their continuous war against the poor. I mean really – Kushner told people that the virus test would cost 3000 US dollars (hmmm they were less than a dollar in China) and not only that, but that everyone would have to bear the medical burden of treatment. Hmmm, Fourteen days on a ventilator in any hospital in America would run in the millions of dollars per patient.

The upshot of this is that if you are poor, and have no insurance as Donald Trump has been working hard to make happen such that there are 30 million or so uninsured now, you are not going to get a test and you are not going to go the hospital. You’re going to take some aspirin and go to your minimum wage job until you fall down and die, just as the Republicans hope you will.

READ MORE:  Coronavirus could be a curse for graduates but a boon for universities

Eventually, Trump made some noises about tests and hospitalization being covered a little – but not much. No matter what – if you go to the hospital for Coronavirus treatment, it is going to cost you tens of thousands of dollars, even if you have insurance. Those without are truly doomed.

They are just going to die, just the way Republicans want them to, martyrs for the economy and victims of the Republican war against the poor. Don’t forget – Trump tried to change his stimulus checks so old people and people who didn’t pay taxes didn’t get one. They should just die already and get it over with, don’t you think? The “burghers” would be so happy.