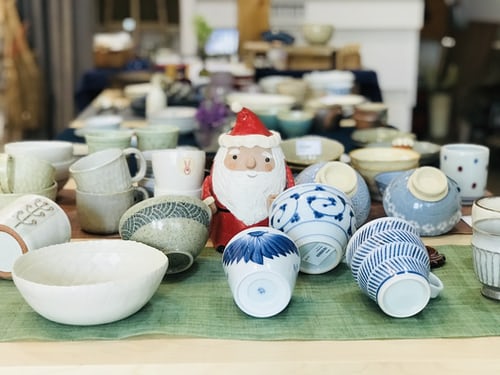 Suggestions that the coronavirus crisis could be the final nail in the coffin for many struggling US liberal arts colleges are a variation on a familiar theme.

Ever since I began my first tenure-track job in 1984, I have been hearing that these institutions are headed for a day of reckoning.

As our annual overall fees broke through every symbolic barrier – $30,000, $50,000 and now $70,000 – I heard that people would become unable or unwilling to pay so much. The late Harvard Business School professor Clayton Christensen, for instance, warned for years that a very large percentage of US private colleges would close.

He was consistently wrong. The occasional small, rural college closed, but the dramatic changes that have upended retail, manufacturing and financial services never came. Yet I do wonder if the reckoning is finally upon us.

Even in January, before the coronavirus became big news, it was reported that applications to US private colleges – except to small and mid-sized colleges in the south – are down. In my state, Minnesota, they are down by about 5 per cent. That may not seem like much, until you remember that most of these institutions are highly tuition-dependent and have almost no margin for error.

It is hard to know, of course, if this is the beginning of a long-term trend or even the early stage of a sudden collapse. But it is certainly more than a blip. Many small private colleges have been under increased enrollment pressure for years.

No one really knows who coined the phrase “demography is destiny”, but, if not wholly true, it points us in an important direction. Economist Nathan Grawe has studied the impact of the decline in US fertility rates and anticipates a sharp decrease in the number of 18-year-olds in 2026 – particularly in parts of the country where many private colleges are concentrated.

Any hope that this demographic decline will be balanced by an increase in international students had been crushed by the Trump administration’s restrictive immigration policies even before the coronavirus struck. According to the Institute for International Education, enrolment of international students at US universities declined by more than 10 per cent between 2015-16 and 2018-19: a trend that now seems likely to accelerate. It is almost certain that, five years from now, there will be far fewer of those full-fee students from China upon which so many colleges rely.

Meanwhile, although it looks like the main flag-bearer for the unworkable and inequitable “free college” movement, Bernie Sanders, will not be the Democrats’ presidential nominee, the conveyed impression that there is something fundamentally unjust about being charged for higher education will not be easily erased.

It is indisputable that college simply costs too much in a world of worsening income inequality and slow wage growth – particularly as another recession now looms. At the current rate of increase, the comprehensive fee at the most expensive private colleges will surpass $100,000 per year within a decade. How many families will be willing and able to spend over $400,000 to provide a single child with a college education?

Private higher education might want to look at the healthcare industry as a harbinger of things to come. Make no mistake, the US’ expensive and inefficient healthcare system is in the process of being upended. Hospital admissions, the largest profit centre for healthcare companies, have been declining for years. Walmart is opening primary care clinics, Google is launching Google Health and Amazon has piloted Amazon Care among its employees in Seattle – complete with app, prescription delivery and house calls.

These giants of retail and technology have gone after healthcare because consumers are dissatisfied and change from within is not forthcoming. Eventually, they will find us too and figure out a way to prey upon our high prices and inability to change, unencumbered by ageing physical plant, intercollegiate athletics and enormous labour costs. The education they provide might be slightly inferior, but it will be cheaper, more convenient and, in the minds of many, good enough.

Some colleges, I fear, will have no answer to this – even if the coronavirus crisis has forced them finally to engage with distance learning. For others, the key to survival will be a strategy that combines their natural advantages over the disrupters – reputation, decades of experience, proven results – with a determination to lower costs and to be, dare I say it, more “consumer friendly”. This does not mean lowering standards or pandering; it does mean placing student experience at the centre of decision-making.

Read More: Poorest students most at risk in US online learning ‘experiment’

This shift will require a willingness to change and a degree of self-scrutiny that has not been widely apparent in higher education. Do small colleges need 35 departments? Is an eight-month academic calendar still defensible? Is tenure the best way to provide appropriate job security and ensure academic freedom?

Even raising these questions on most campuses has been next to impossible. But in these times of great uncertainty and change, I wonder how long they can go unanswered.