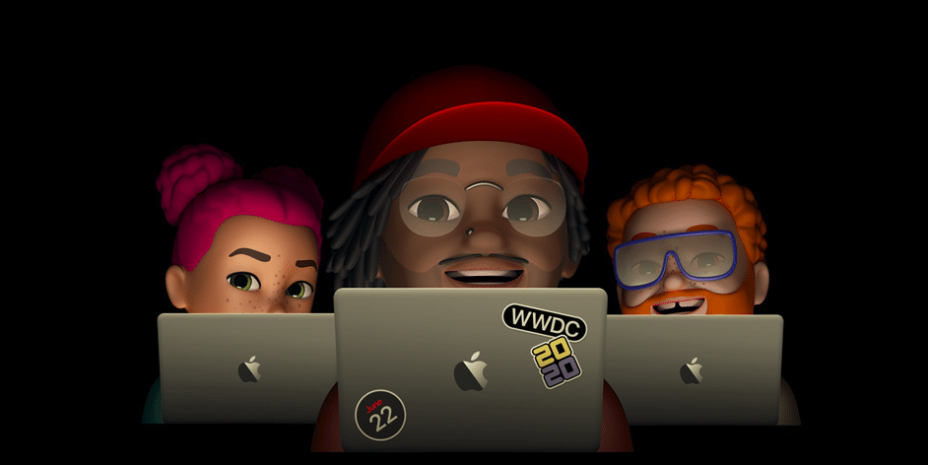 Apple will be holding the 2020 edition of WWDC later this month — its yearly conference aimed at developers. The coronavirus pandemic has forced Apple to hold WWDC virtually this time around. However, just like the last few years, the conference this year should be jam-packed with some exciting announcements. In fact, Apple says this will be the “biggest WWDC to date.” So, here’s everything that we expect Apple to announce at WWDC 2020 on June 22nd.

Apple tends to focus on developers and its software offerings at WWDC, though it also tends to make some announcements that are related to professionals from time to time. This year, Apple is expected to announce iOS 14, watchOS 7, the next version of macOS and tvOS, and more at the developer conference. Let’s have a look at what announcements Apple could make at WWDC 2020 later this month based on rumors and leaks.

This is obviously going to be the highlight of WWDC 2020. Apple introduced a ton of new features with iOS 13 last year, but it ended up being a buggy release that required the company to roll out multiple updates in quick succession. iOS 14 is expected to introduce some major usability changes but Apple also plans to focus on stability and performance this time around as per leaks. If rumors and leaks are anything to go by, iOS 14 will come with the following new features:

Apart from the above features, rumors also point to Apple introducing a new Clips feature that will allow users to try out parts of an application without having to install it on their device. Safari is also going to be enhanced in iOS 14 as it will gain native translation capabilities similar to Google Chrome, full-fledged Apple Pencil support in websites, speed improvements, and more. Apple also intends to announce some cool AR-focused features in iOS 14. The company has been building ARKit for the last couple of years and with iOS 14, it looks like it is finally ready to bring AR to the mainstream. There have also been rumors of Apple adding widgets to the Home Screen in iOS 14, though there is a possibility that this feature could be delayed. In terms of compatibility, iOS 14 is rumored to support the same set of devices as iOS 13. Since this is going to be an ‘s’ update, it makes sense that Apple does not drop support for older devices.

You can read more about all the confirmed iOS 14 features here.

As for iPadOS 14, it is expected to pack some major multitasking improvements that will further help the iPad Pro in becoming a true laptop replacement. Many of the iOS 14 features will also make their way to iPadOS 14.

Apart from iOS 14, watchOS 7 is going to be another major software announcement from Apple at WWDC 2020. Apple Watch has grown rapidly in popularity over the last few years and so has watchOS. For watchOS 7, Apple is expected to add some major health-focused features to its wearable OS. If leaks are anything to go by, watchOS 7 will bring sleep tracking, Schooltime mode for Kids, ability to share watch faces with other Apple Watch users, new and updated watch faces, and more. The Health app in watchOS 7 and iOS 14 could show important sleep metrics like sleep time, sleep quality, deep sleep time, and more. Users will reportedly also be able to set their sleep goals and track them accordingly.

Apple is also rumored to add some mental health-related features on the next Apple Watch which could include panic detection, stress levels, blood oxygen level detection, etc. Some of these features will debut in watchOS 7 and will be available for all existing Apple Watches, while others will rely on new hardware and sensors that will be a part of Apple Watch Series 6.

Apple is also expected to announce the next major version of tvOS, and HomePod OS at WWDC. The feature set of tvOS and HomePod OS should be similar since Apple has reworked the underlying aspect of the HomePod’s OS to base it on tvOS. Siri on the HomePod should get notable improvements, though as of now there are no details on the features that HomePod OS and tvOS will bring.

The next version of macOS will also be announced by Apple at WWDC 2020. This will be an interesting unveil as reports suggest Apple will also announce its transition to Arm chips inside Macs from 2021 at its developer conference this year. So far, there have not been many rumors surrounding the next version of macOS, though I really hope Apple brings some performance improvements as macOS Catalina feels bloated and heavy.

This is a big one and definitely going to be one of the highlights of WWDC this year. After years of rumors, Apple is reportedly finally ready to talk about its transition to custom Arm chips inside Macs. The move will mean that future Macs will no longer rely on Intel CPUs. The actual transition will start from 2021, though at this year’s WWDC, Apple is expected to lay bare its plans and announce the required tools for developers to port their apps to run on Arm-based Macs.

While WWDC is usually focused on software announcements, Apple could announce an iMac refresh at the event. The next iMac is rumored to feature an iPad Pro-like design, faster AMD Navi GPUs, completely switch to SSDs, and feature narrow bezels similar to the Pro Display XDR. The machine was last updated in March 2019 and it is definitely due for an upgrade now. Apple has refreshed its MacBook lineup already so there are unlikely to be any announcement related to them at WWDC.

WWDC 2020 is slated to be held virtually this year by Apple and there will be no in-person event due to coronavirus. It will be live-streamed by the company from Apple Park. The event starts from June 22 to June 26. The opening keynote will take place on June 22 at 10:00 a.m and live-streamed on Apple’s website, Apple TV app, YouTube, and other usual sources. You can find the full WWDC 2020 schedule here.

Do you have any expectations from WWDC 2020 this year? Do you have any announcements from Apple are that you’re looking forward to the most? Drop a comment and let us know!