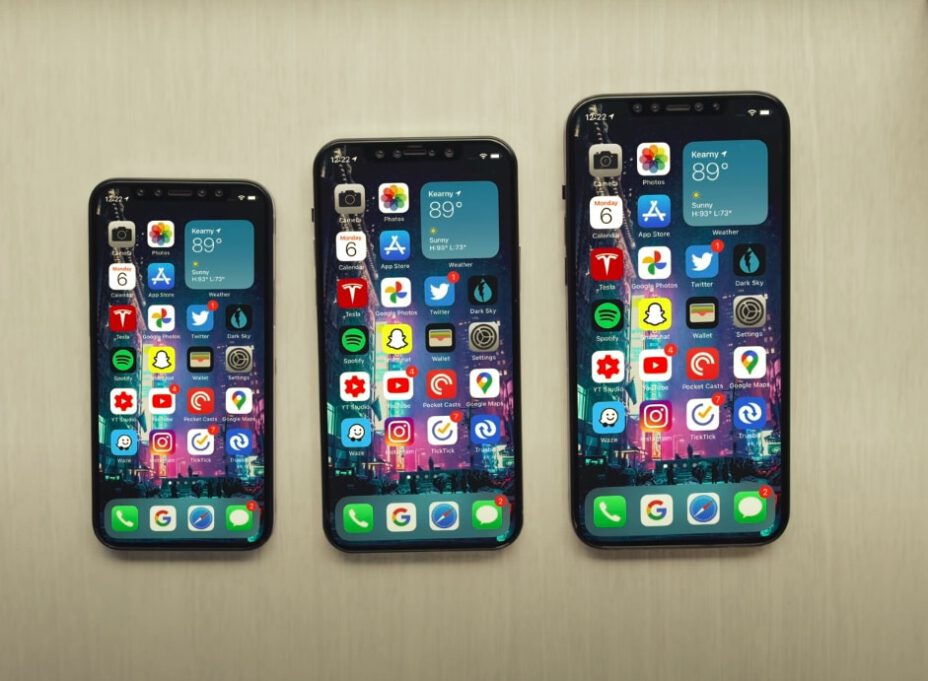 Last month Apple concluded WWDC 2020 and now the focus has shifted to the iPhone 12 launch later this year. Apple is expected to launch the iPhone 12 series in September or October this year. We have already seen a bunch of videos/photos showing the iPhone 12 dummy unit. The latest one from MKBHD is pretty unique as it shows how iOS 14 would look on iPhone 12.

In the video, MKBHD has used the “magic of video editing” to simulate iOS 14 on iPhone 12 dummy. The simulation is so neat that you might confuse it for the real one. As we already know, the iPhone 12 is expected to arrive in four models. The list includes a 5.4-inch model, two 6.1-inch model, and the top of the line 6.7-inch model. Apparently, the 5.4-inch iPhone and one of the 6.1-inch variant will be the lower-end model while one of the 6.1-inch and 6.7-inch will be the iPhone 12 Pro/ iPhone 12 Pro Max.

In the video, MKBHD makes several references to the new iPad Pro and mentions how the iPhone12 design language resembles that of iPad Pro. As you can see in the video, iPhone 12 features boxier edges, and apparently, this makes it easier to hold the device. Furthermore, the upcoming iPhone seems to be much thinner than the iPhone 11.

Multiple sources have already claimed iPhone 12 will feature a design that is similar to older generation iPhones. Well, MKBHD has compared the iPhone 12 dummy with iPhone 4 and even we can’t help but notice the similarities when it comes to design. That being said, the dummy unit is not an exact representation of the upcoming iPhone and some things are bound to change.

What do you think of the iPhone 12 redesign? Share your thoughts in the comments below.