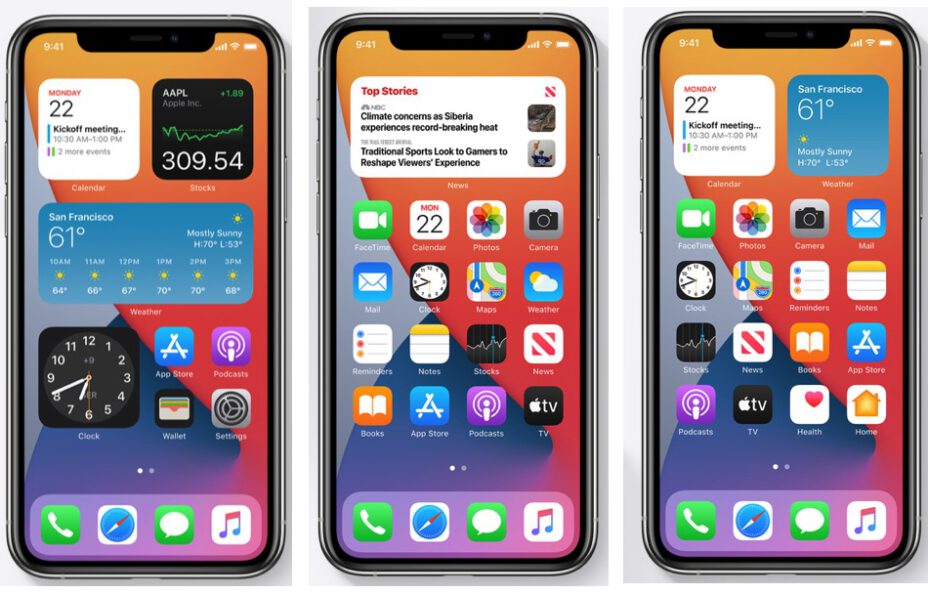 Home screen widgets are arguably one of the most sought after feature on iOS 14. It allows you to configure a myriad of options right on your home screen. The Home screen widget was first introduced on iPad and surprisingly the new widget setup on iOS is markedly better than that of iPad. A new concept shows how iPhone widgets would look on an iPad.

The Home screen widgets on iOS offer more options when it comes to widget placement. You can set widgets of various sizes and access information like calendar, upcoming appointments, weather forecast, and more on your Home screen. In fact, there is a new trend that has given rise to iOS 14 Home Screen modders and apps that let you customize iPhone Home screen.

The widgets on the iPad can only be arranged to the left side of the display. A new concept by “A Better Computer Trailer” shows us how the limitation can be overcome by a series of small changes. Furthermore, the concept makes us realize how cool iOS styled Home screen widgets would look on the iPad.

The concept artist talks about some limitations when it comes to the iPad. He remarks about how icons are arranged differently on the iPad’s of different sizes. Due to this reason, the spacing between icons varies depending on the model. That’s not all, the spacing between icon is dynamic and changes whenever the tablet switches from landscape mode to portrait mode. The problem is non-existent on the iPhone as the Home screen doesn’t support landscape mode.

READ MORE:  How to Install iPadOS 14 on Your iPad or iPad Pro

Further, into the video, the concept artist showcases how well the iOS Home screen fits in iPad despite the challenges. This can be achieved by making minor changes in the way icons behave. It also proves that the icon grid on the iPad is not fixed in any sense.