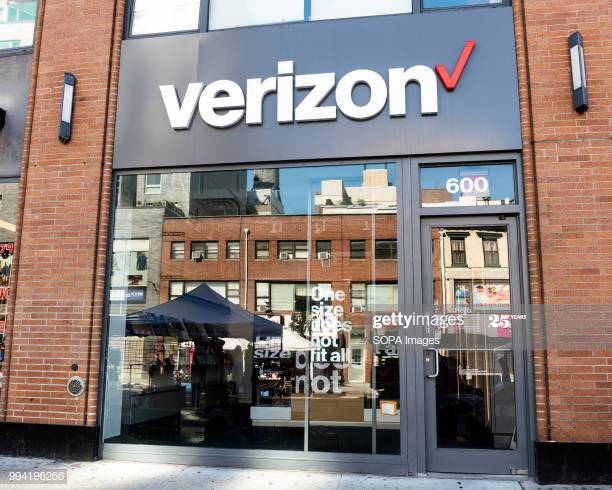 Verizon is the latest company to join a growing boycott of corporations pulling advertising from Facebook over the platform’s content moderation policies.

The cellular giant joins cohorts REI, Patagonia, Ben & Jerry’s, and The North Face in the #StopHateForProfit campaign — which also includes more than 100 other small businesses pledging to stop advertising on Facebook and Instagram for the month of July.

The campaign, sparked by the National Association for the Advancement of Colored People, Color of Change, and anti-hate organization Anti-Defamation League in early June, was created in response to Facebook’s handling over President Donald Trump’s now-infamous “when the looting starts, the shooting starts” post, which he made in response to the erupting protests over the killing of George Floyd, an unarmed Black man at the hands of Minneapolis police.

The post was flagged and labeled as “glorifying violence” by Twitter, but Facebook’s Mark Zuckerberg defended keeping the post up without labeling it, even as harsh criticism continued and employees revolted. On Tuesday, Twitter hit another one of Trump’s tweets about protestors with an “abusive behavior” label, while the same post remains accessible without moderation on Facebook.

The #StopHateForProfit campaign’s official mission is to “demand that Facebook address racism across their platforms” and calls on “large Facebook advertisers to show they will not support a company that puts profit over safety.”

In a statement, Verizon said it would join the growing campaign and would not return its advertisements to Facebook after one of its ads was shown next to a video from the conspiracy group QAnon until it “can create an acceptable solution that makes us comfortable.”

What you’re seeing now is the dam breaking.

Predicting that dozens of advertisers will follow Verizon’s lead and will now decide that Facebook’s policies on hate and disinformation do not match up with their brands, pausing their ad dollars.

Hard to overstate how big this is. https://t.co/520ab4skLN

Verizon is notably one of the few large companies on the quickly expanding list of boycotters who have not routinely made a political stance such as this. Businesses like Ben & Jerry’s and Patagonia have been historically outspoken about criminal justice reform, civil rights, and climate change. In a tweet Thursday, Sleeping Giants, one of the organizations involved in the creation of #StopHateForProfit, tweeted, “What you are seeing now is the dam breaking.”