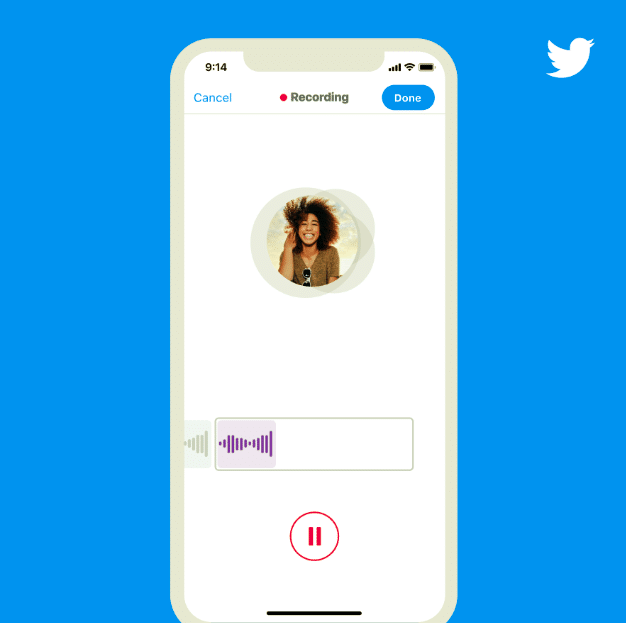 Twitter is where you go to talk about what’s happening. Over the years, photos, videos, gifs, and extra characters have allowed you to add your own flair and personality to your conversations. But sometimes 280 characters aren’t enough and some conversational nuances are lost in translation. So starting today, we’re testing a new feature that will add a more human touch to the way we use Twitter – your very own voice.

Twitter is testing voice tweets for a limited group of users, however, everyone will be able to hear voice tweets. Creating a voice tweet seems to be pretty easy. All you need to do is tap the new icon “with wavelengths” and your profile photo will appear with a record button at the bottom. Start recording by tapping on the button.

After you cross the limit of 140 seconds, Twitter will automatically create a thread. Each tweet accommodates 140 seconds recording. Once you tap the Done button, your voice tweets get uploaded in the form of a thread. For iOS users, voice tweets will open in a new window. This way you can continue listening to tweets while doing other things on your device.

Twitter believes voice tweets will help “create a more human experience for listeners and storytellers alike.” Furthermore, a voice tweet is expected to help you express thoughts in a much better way. Professionals like journalists will be able to share their stories from ground zero. Recently, Twitter also announced a new feature that lets you schedule Tweets.

Like most of the things online, Twitter also has a dark side in which trolls reign and online abuses are often rampant. The platform might have a hard time moderating voice tweets. As far as availability is concerned, everyone on iOS should be able to use voice tweets in the coming weeks.