Apple announced its earnings for the third fiscal quarter…

Earlier this week, Apple updated the iMac with faster 10th…

Earlier this week, Apple launched a new iMac with…

This Innovative Concept Turns the iMac Base into a Wireless Charger

An alleged photo showing the OLED screen of…

A photo has leaked on Weibo which shows…

Apple has released the fourth beta of iOS 14…

MacBook Shows ‘Not Charging’? Apple Explains Why The Message is Shown

Google Finally Launches Pixel 4a to Take on the iPhone SE

Google has finally pulled the wraps from Pixel…

Should I Buy an Intel-based Mac or Wait for Arm-based Apple Silicon Mac?

Earlier on at WWDC 2020, Apple announced its…

How to Use Control Center on Your iPhone or iPad

If you take a view of your iPhone’s…

What “IMY” Mean, And How To Use It

As the world unfolds everyday, we are overwhelmed…

Complete Guide on How to Use the iPhone Camera App

The elegance and slick that comes with the…

Apple has finally announced its financial results for…

Apple has acquired the startup Mobeewave that could…

Why Does Unplugging a Device Fix So Many Problems?

Before you make any attempt to fix a…

Everything You Need to Know About UEFI, and How It Is Different from BIOS

Both UEFI and BIOS are low-level software that…

For decades, Android owners have been able to…

Apple Defies Pandemic with Record Revenue of $59.7 Billion during Q3 2020

The ongoing COVID-19 pandemic has affected most brands…

Due to the ongoing pandemic, there’s a possibility…

Apple Facing Another Investigation for Slowing Down Older iPhones

Apple recently settled a ‘Batterygate’ lawsuit against it…

Broadcom had previously hinted that the iPhone 12 launch…

Leak Reveals iPhone 12 and New iPad to Launch in October

Leaker Jon Prosser who has been correct with…

Apple had released a new MacBook Air in March…

In order to give our youth a post-coronavirus future, we must cancel student debt.

My dear friends and colleagues, the pain and fear we now feel is something we never expected and certainly could never have planned for. The sacrifices now made by our brothers and sisters around the globe are above and beyond anything we have seen in peacetime. In this maelstrom we are bound to feel powerless in the face of the devastation we are seeing to the people and the world we know and love.

We have seen and applauded the efforts of our scientific and medical advisors to governments, along with the work of all those who understand how this might translate into society. We have applauded acts of solidarity by universities, labs and individual academics as they repurpose research and collect equipment for the Covid-19 war effort. We have witnessed teachers adapt to online provision in the most demanding of circumstances almost overnight.

And we recognise the efforts governments are making to prevent the worst happening to the companies and the professions that made our world what it was before the virus struck.

So forgive me at this time of immediacy for speaking about the future. But I can see the future prosperity of my children and grandchildren fade before my eyes, and I cannot help thinking about it.

All of my working life has been in universities in the UK and the United States, and I have witnessed several generations of my students go out into the world of science, technology and commerce. They have built the economic infrastructure and prosperity we see in many areas crumbling before us, as governments introduce stimulus packages to prop them up. 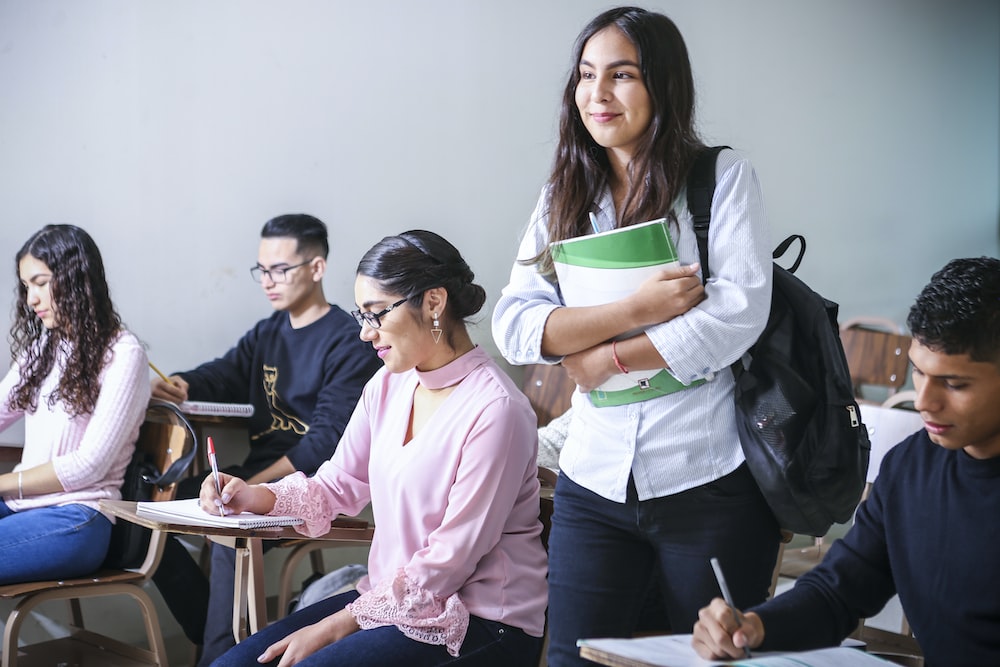 Read More: Coronavirus could be a curse for graduates but a boon for universities

As we have sent out generations of graduates, we have known that the economic growth much of the world experienced was driven by the ideas and efforts of those we had taught. We now fear that the wave of young people about to leave universities and colleges with undergraduate degrees will be entering a very different and potentially economically blighted future. Their lives will be profoundly impacted if they are prevented from being part of a thriving working environment.

So what should we do, as teachers and as a society? We must give young people a chance.

Just as governments are acting to help people already in work and to preserve existing businesses where they can, governments must now remove the burden of student debt. We must do it now.

It was never a good idea and has led to so many perversions of the system, but many of us feared that without it governments would not support higher education at all. Our existing system was based on an assumption of employment opportunities and higher incomes that cannot now be relied upon. It was never sound for the government to have to sell so many debts to the market, but the whole framework for funding education surely needs a rethink now.

As our treasuries spend in unprecedented ways, they must think of the future workforce. It is not right for the young to bear the full burden of the old. The UK’s chancellor warns that we will all have to pay for actions now. But the young must not be asked to do so twice. Let’s give all young people a burst of hope in a future they can afford.

And we must give them jobs. Governments must start work programmes for those emerging from education, national projects that renew our societies and keep those people from isolation and despair. We must be ready to create a new world.

The talent that is enabling us to move rapidly to treat the victims of the virus must be ready to innovate in that new world. It must be ready to create the new ideas and the new jobs. This will mean putting universities on a sound financial basis, especially as the international student fees that have often invisibly covered the shortfalls are under threat.

Making universities compete for students and staff was a free-marketeer’s chimera. It was never going to work for the benefit of the nation in the toughest times and, as in other spheres, a radical new approach is needed now. Universities must be able to cooperate, not fight over money and staff.

How will this work? Thinkers like Andy Haldane at the Bank of England suggest we must have a bank ready to invest in the future – our world needs a Future Fund as well as a Fighting Fund.

Our children will have to pay back the war debt that we are now piling up. At a minimum we must give them the very best chance to do that.