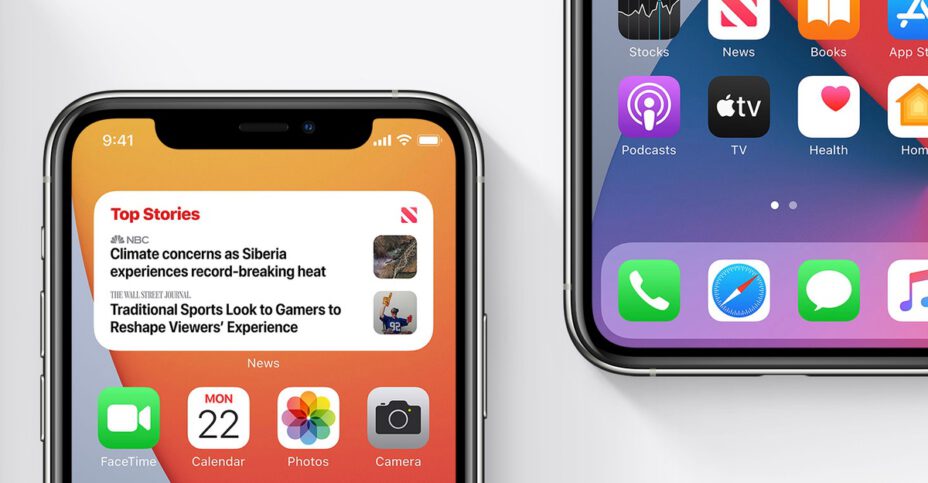 iPadOS 14 borrows lots of features from iOS 14, but it still comes with distinctive adjustments and features of its own that boost the iPad’s reputation as a productivity device. With improved Home screen capabilities, native apps designed just for the iPad and bolstered Apple Pencil support, iPadOS 14 will allow for an exciting experience. Here’s a list of the best iPadOS 14 features that you should know about.

The good thing is that you will be able to run iPadOS 14 on your existing iPad as Apple has not dropped support for any of the older iPads with this release. Since Apple has already released the first beta of iPadOS 14, you can install it right now on your iPad as well if you wish to.

Have lots of apps installed on your iPad? Stop hunting around the Home screen for the app that you want to open and use App Library instead. iPadOS 14 (and also iOS 14) will automatically categorize your apps by type (Social, Entertainment, Creativity, etc.) with App Library, making the whole process of getting to your apps much easier. App Library will also ‘suggest’ apps using machine learning, while also providing quick access to your most recently used apps.

Last year’s iPadOS already added the ability to tack widgets to the left-most corner of the main Home screen. But iPadOS 14 further improves upon this not just with widgets that you can resize, but also those that you can drag out to the Home screen for use alongside the familiar app icons. For example, the Music app widget will reflect the exact track that is currently playing in the background while snugly residing within other apps and widgets on the Home screen. Whenever you invoke Siri, iPadOS 14 won’t end up taking the entire screen of your iPad any longer. Instead, Siri will pop up to the lower-left corner of the screen and listen in while you speak. Expect generated results to show up as compact notifications without obstructing the screen as it did before. Siri is also much smarter, so you can use it to conveniently perform tasks such as recording and sending out audio messages.

4. Apps Designed for the iPad iPadOS remarkably changes the way how you go about using native apps such as Photos, Notes, Calendar, and Files with a number of unique redesigns. The most prominent is the inclusion of a dedicated sidebar. In the Photos app, for example, you can quickly bring up the sidebar to switch between libraries, albums, and media types. You can even move photos by dragging and dropping them into the relevant categories on the sidebar itself — this makes organizing images a breeze.

Other notable improvements include streamlined drop-down menus in the Files app, the ability to view all folders in the Notes app, a unified options menu within the Calendar app, and so on. Using the Music app on the iPad isn’t bad as it used to be, especially if you’ve got a pair of AirPods or an iPad Pro with studio-quality speakers at hand. iPadOS 14 gives you even more reason to chill out on the iPad, where the Music app maximizes the amount of available screen real estate whenever you switch to the full-screen player. You now view all playback controls, high-quality album art, and live lyrics, simultaneously within the same screen.

It was such a pain to have a full-blown notification on the iPad whenever you received an incoming FaceTime or iPhone call on your iPad. Not anymore. iPadOS 14 does away with that by opting for a tiny incoming call notification instead, where you can then decide whether to accept or decline the call. This also applies to calls from third-party apps such as Skype. iPadOS 14 comes with macOS-style search capabilities. Dubbed Universal Search, you can start searching from pretty much anywhere without hiding your screen in the process. Not only does it allow you to search for apps (and get to them super-fast in the process), but you can also use it to get to websites, documents, and so on. Universal Search is great at coming up with relevant suggestions as you type and should help take the iPad another step closer to being an actual productivity powerhouse.

iPadOS 14 comes with significantly improved Apple Pencil support. To start off with, the iPad can now detect and adjust shapes automatically (lines, squares, etc), significantly improving the speed of your drawings. And then there’s the superior handwriting detection and OCR capabilities. For example, you can easily select handwritten text (similar to normal text), move them around, and even paste them in other apps, where they will then appear converted to actual text. Another Apple Pencil improvement that deserves a mention of its own — Scribble. It’s a feature that you can use to write instead of type anywhere, be it the address bar in Safari, or the text field in an iMessage. iPadOS 14 will then automatically detect the handwriting using OCR and convert its text. Expect to fill out pesky forms in record time.

READ: How to Download and Install iPadOS 14 Beta Right Now on iPad

iPadOS 14 also brings a much-needed option to change the default web browser and email client to a third-party app of your choice. For example, if you prefer Google Chrome as your go-to web browser, you should now have a much better experience using it on the iPad without having Safari thrown up in your face all the time.

Tell Us Your Favorite iPadOS 14 Features

iPadOS 14 builds on radical changes from last year, with features such as Universal Search and Scribble going a long way toward bringing out the true potential of the iPad. So what are your favorite features in iPadOS 14? Tell us in the comments section below.