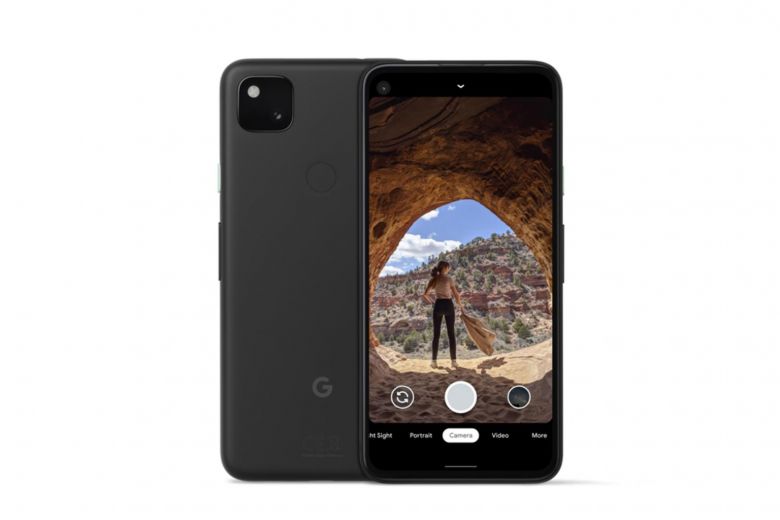 Today, Google launched its mid-range Pixel 4a to take on Apple’s 2020 iPhone SE and other mid-range Android smartphones. At first glance, the Pixel 4a does look like an impressive mid-ranger from Google.

Google’s Pixel 4a plays it safe while offering the best value for a Google smartphone since the Nexus 5 back in 2013.

Like its Pixel 3a predecessor, the mid-range Pixel 4a distills the Google Pixel smartphone experience – excellent camera, clean Google-centric version of Android and three years of software updates – into a more affordable package than the flagship model (Pixel 4).

With the current economic uncertainty, the Pixel 4a’s launch price ($499) certainly hits the spot. It is more affordable than the Pixel 3a (from $659) and Apple’s budget iPhone SE (from $649).

Of course, Google had to cut some features to hit this price point. But I bet you probably won’t miss most of them.

I would have liked the Pixel 4a to be more than just splash resistant. But I could live without the wireless charging, face unlock and motion gesture features that did not make the cut from the Pixel 4.

In fact, I am more than delighted with the Pixel 4a’s rear fingerprint sensor. It is not as flashy as an in-display fingerprint sensor or hands-free like face recognition. But it is reliable and works when you are wearing a face mask.

I am also glad that the Pixel 4a has a headphone jack as well as stereo speakers. Wireless headphones are convenient – until they are out of battery because I have forgotten to charge them.

Like the Pixel 3a, the Pixel 4a has a plastic body that is perceived as less premium than the glass ones in flagship smartphones.

But this polycarbonate unibody chassis does not feel cheap. Its matte finish looks good and is not as slippery as glass-backed smartphones.

While the Pixel 3a came in two screen sizes (with the 5.6-inch Pixel 3a and 6-inch Pixel 3a XL), there is just a single Pixel 4a model with a 5.8-inch Oled screen protected by Corning Gorilla Glass 3.

DON’T MISS: Google Finally Launches Pixel 4a to Take on the iPhone SE

Surrounding this display are slim bezels. Together with a punch-hole selfie camera, the Pixel 4a looks more contemporary than the Pixel 4, which has a chunky top bezel. Pick one of Google’s new Pixel 4a wallpapers and this tiny punch-hole virtually blends into the background.

On a practical note, the slim bezels also ensure that the Pixel 4a is compact and suitable for one-hand use. But I am disappointed that the phone is available only in black as I really liked the orange option introduced with the Pixel 4.

While the Pixel 4a’s display has a standard 1,080p screen resolution, it looks about as bright as the one on the Pixel 4. High dynamic range (HDR) is supported on this screen.

However, the Pixel 4’s ambient EQ feature, which adjusts the display’s colour temperature according to ambient lighting – similar to Apple’s TrueTone feature – is missing.

The Pixel 4a easily has the best camera in any mid-range phone today. It will even give top phones a run for their money, which is not surprising since the Pixel 4a has the same 12.2-megapixel camera as the main camera of the flagship Pixel 4.

It also has all the camera features of the latter, including Night Sight (Google’s excellent long-exposure low-light mode), dual exposure controls and Frequent Faces, which recommends shots with people that you frequently photograph most.

The Pixel 4, though, has a secondary telephoto camera, but I do not really miss its absence here. However, a second, ultra-wide angle camera would have been useful.

In my tests, I found it practically impossible to distinguish the photos taken by the Pixel 4a and the Pixel 4. Photos have that distinctive Pixel look where shadows are accentuated.

But the Pixel 4a lacks Pixel Neural Core, the dedicated chip in the Pixel 4 that helps with image processing and other machine learning tasks. Photos shot by the Pixel 4a, especially when using Night Sight, generally take a fraction longer to be saved than with the Pixel 4.

In terms of software, the Pixel 4a has some new tricks, albeit they are improvements to niche features, such as the Recorder audio recording app and the Live Caption feature that adds captions to audio or video.

The latter now adds captions to phone calls and video calls (with Google Duo or Facebook Messenger, for instance), which is useful for hard-of-hearing users – despite the captions not being entirely accurate in my test. Presumably for places where there are laws on recording calls, a voice message informs the person on the other end about the live caption being used at the start of the call.

With its mid-range Qualcomm Snapdragon 730G chip, the Pixel 4a does take a second or two longer to open apps than the Pixel 4.

The user interface is clean and responsive without unnecessary third-party or sponsored apps. Of course, you may not find Google’s own preloaded apps, such as YouTube Music, your cup of tea.

DON’T MISS: Google Pixel 4a vs iPhone SE Comparison: Which One to Buy?

But perhaps you may change your mind after trying the three months’ free trial of the YouTube Premium music and video service, Google One cloud storage, and Google Play Pass apps and games subscription service, which are included with the Pixel 4a.

The smaller 5.7-inch variant of the Pixel 4 had a paltry battery (2,800mAh) that struggled to last a day of usage.

Thankfully, Google did not make the same mistake with the Pixel 4a, which packs a 3,140mAh battery and managed 11hr30min in our video-loop battery test. This is 2.5hr longer than the Pixel 4, though last year’s Pixel 3a XL was still better (13hr 15 mins).