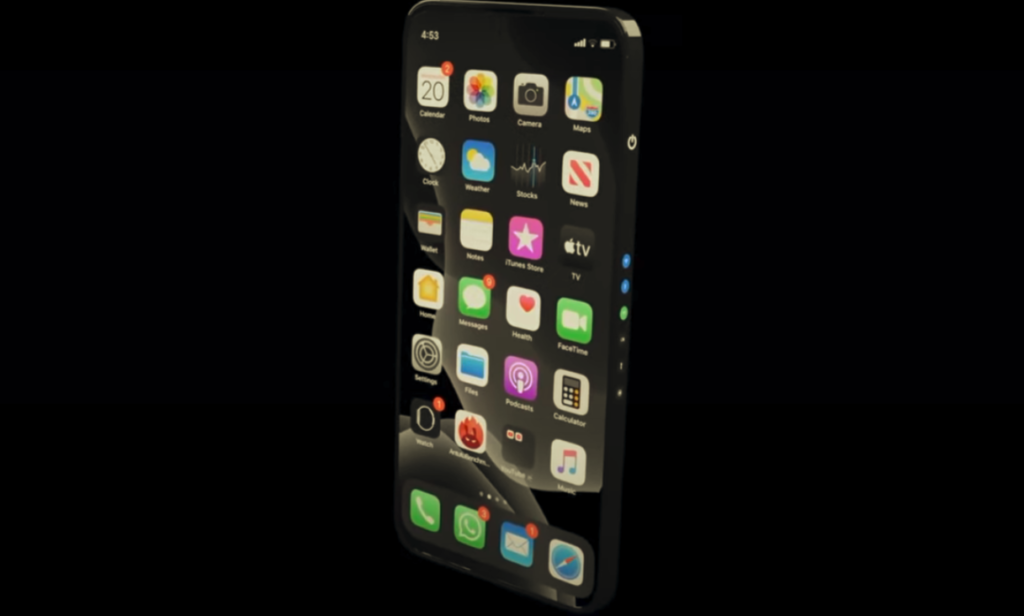 We have already seen a series of iPhone 12 concept videos. A majority of them are based on rumors/leaks, while some are very futuristic. A new iPhone 13 Concept video reimagines the device to a whole new level. The iPhone 13 concept features a curved screen that fits by wrapping around on all sides.

Interestingly the device sticks to the rectangular design language despite a display that wraps around. The concept shows how Apple can ditch the physical Power key, Volume rockers, and instead, go for touch-sensitive controls. The wrap-around display introduces a series of buttons on the left and right pane of the device. For instance, you can simply toggle WiFi on/off by using the buttons on the side. We are not sure how one would able to see the side screen without turning the device sideways.

The iPhone 13 concept features a protruding camera unit that houses multiple sensors, LED flash, and perhaps a LiDAR scanner as well. Overall the concept looks impressive and helps stretch our imagination. Furthermore, the iPhone 13 concept also seems to feature a display at the back. That said, it’s just a concept, and it might take years for Apple to implement something similar. Moreover, we are pretty sure there are some significant design challenges and technical limitations in mass-producing such an iPhone.

We can’t help but notice how cool the flat-edge design looks. Interestingly the upcoming iPhone 12 is expected to feature a similar design. We have already seen the rectangular design language on iPhone 12 dummy units. Apple is expected to launch four new iPhones this year.

READ MORE:  Scientists Blend an iPhone to the Dust to Find Out How Many Natural Resources It Takes to Build One

Which new features do you want future iPhones to have? Let us know in the comments below.