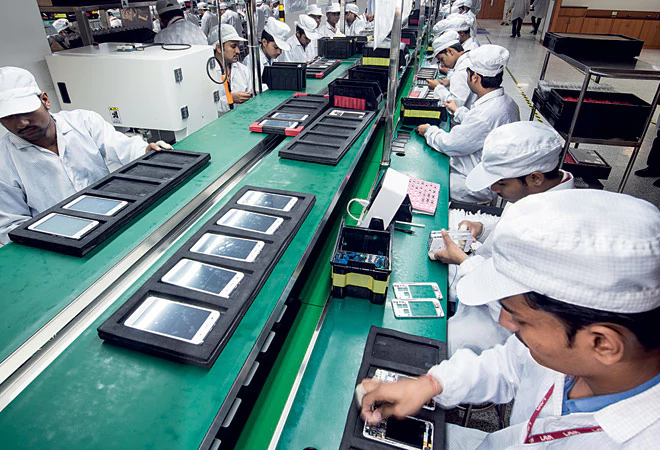 It is important to note that all cell phone manufacturers start the process in the conceptual phase.

Several sketches and wireframes are created using different designs, features, and interface options, such as keypad only and touchscreen. These sketches also determine the phone’s weight, scale, size and portability. Because the goal of most phones is to be compact and portable, this phase is the most intensive.

During this process, a team decides what designs will become prototypes. Once a list is determined, several prototypes are created. These models are usually non-functional and only for visual purposes. Prototypes are constructed from plastic, Styrofoam and other re-usable materials. Once a final design is created, the concept is pushed to engineers, who decide what electronics are necessary.

The major part of every cell phone is its electronics. The electronics control everything from the way the phone displays information, places calls, sends location information and more.

Depending on the features determined during the conceptual phase, different electronics can be used. For most cell phones, there are three key components: a printed circuit that controls the keypad and signal reception, a battery, and screen.

In addition to the hardware, software is also required for the phone to operate. Almost all cell phone manufacturer’s use proprietary software for their phones. The software is designed by a series of programmers that develop the design of the interface, the phone’s basic/advanced operations, and other features. By default, most modern cell phones are programmed with basic features like text messaging, calendar and clock. After these components and software are determined, the phone moves on to final construction.

Take a look: Fascinating Ways Of How Cars Are Made In The World

Each piece of the cell phone is created separately. First, the casing for the phone is made. Most cell phones use a simple plastic that is created using a process known as injection molding. Once the casing is created, the printed circuit board is made and loaded with the necessary software/operating system. The circuit board is then placed in the casing, using a series of eyeglass screws. Next, the other components of the phone are added: screen, keypad, antenna, microphone and speaker. After the phone is constructed, it is moved on to testing. During the testing phase, the battery for the phone is added and a worker checks the phone for power, button functionality and reception. Finally, the necessary documentation for the phone is produced and sent to be packaged with the phone. Once all of these components are verified, the phone is packaged and shipped to retail outlets.

READ MORE:  How to turn off Snap Camera filters in Zoom, Skype, and other conference apps