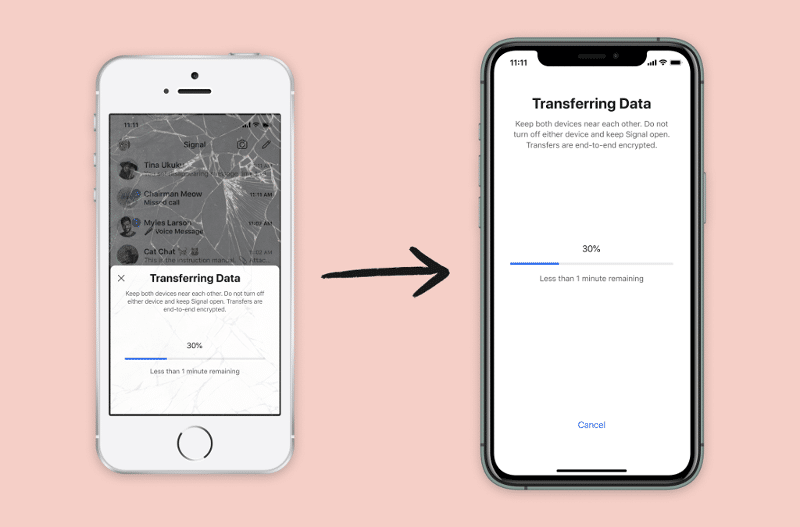 Signal has announced a new feature that allows iPhone users to transfer account data to a new iPhone or an iPad. The account data includes conversation history. Signal had introduced the feature last week with the 3.9.1 update, however, the company announced it today.

This is the first time that upgrading to a new device without losing any information has been possible on iOS.

Transferring account data from an old phone to a new one is always a hassle. Especially privacy focussed messaging apps like Signal doesn’t want to run the risk of decryption. WhatsApp lets you backup chat history to Google Drive or iCloud. However, WhatsApp warns that backups are not end-to-end encrypted. Apple’s solves this issue for iMessage backups with the help of end-to-end encryption, provided you use iCloud servers to backup.

It is worth noting that data on the old iPhone is deleted once it is transferred to a new one. So make sure you don’t delete account data before transferring to the new device. Unfortunately, the Signal app is yet to support data transfer between iOS/Android. Recently, Signal launched a new feature that allowed users to blur their photos to help U.S. protesters protect their identity.

READ MORE:  What is Apple One, How to Subscribe, and Subscription Cost?