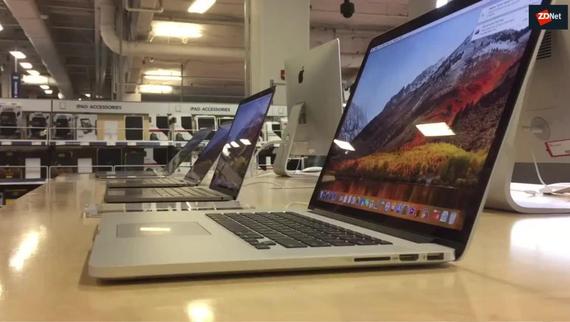 Earlier on at WWDC 2020, Apple announced its plans to switch to its own custom Arm-based Apple Silicon chips inside its Macs. The company expects to complete the transition within two years. This led many people to wonder if Apple will drop support for Intel Macs in the foreseeable future. If you are in the market for a new Mac and are wondering if you should buy an Intel-based Mac or wait for Apple Silicon Macs, read below.

There are a lot of questions in the mind of consumers looking to buy a new Mac on whether buying an Intel Mac is a good idea right now or not. Many consumers who recently got a Mac are also worried about its long term support. So, if you have a similar dilemma, you will find the answers to all your doubts below.

What is Apple Silicon?

Apple Silicon is Apple’s own custom-designed Arm chips that it plans to use inside future Macs. For the last decade, Apple has been using Intel processors inside Macs. Apple Silicon will be similar to the A-series chips that Apple uses inside its iPhones and iPads, just that they will be more powerful.

How will Apple Silicon benefit Macs?

For the last decade, Apple was using Intel processors inside its Macs. This meant that the company had to keep its Mac refresh timeline in sync with Intel’s CPU timeframe. While this worked wonderfully in the first few years, Intel has struggled to offer any meaningful improvements with its new CPUs. They have also gotten quite power-hungry which led Apple to redesign its 15-inch MacBook Pro to offer better cooling.

When Will Apple Release Arm-Based Mac with Apple Silicon?

A lot of people have this question in their minds as to when Apple will get around to releasing an Arm-based Apple Silicon Mac. The company itself confirmed at WWDC 2020 that the first Apple Silicon Macs will be launched before the end of this year. Various reports point to a 24-inch iMac with a redesigned chassis and a 13-inch MacBook Pro being the first Macs to launch with Apple Silicon inside them.

Reasons to Buy an Intel-based Mac

If you have just got a new Intel-powered Mac or cannot wait for Apple Silicon Macs, go ahead and buy an Intel-powered Mac. Apple has confirmed that it will be supporting its Intel Macs for the coming few years. In fact, Apple still has one last Intel-based Mac in the pipeline — a refresh of its existing iMac with faster 10th gen. Intel CPUs and powerful AMD Navi GPUs.

There is no clarity on exactly how long Apple will support its Intel-based Macs, but at the very least, you should still see five years of OS updates for them. And even after that, it is not like these Macs will stop working. They will just stop receiving new OS updates from the company.

Apple will take two years to complete its entire Mac lineup transition to its own Apple Silicon. This means that right from day one, customers are not going to get the Mac they want with Apple Silicon inside it. So, depending on which Mac you are looking to buy, there could be a wait of a year or two which might not be feasible for everyone. As per rumors, only a 24-inch redesigned iMac and 13-inch MacBook Pro with Apple Silicon are expected to be announced before the end of this year.

While an Intel-based Mac will continue to work for the next few years without any issues, users are going to lose on one thing: the ability to run iPhone apps on their Macs. This will only be possible on Apple Silicon-based Macs since they will use the same processors as iPhones and iPads. Now, how useful this is going to be will depend on your use case and how much do you think iPhone apps on Macs will be beneficial for your work. The first iteration is likely going to be buggy and I expect iPhone apps to properly run on Macs without any issues only after a couple of years.

2. You Need to Run Windows on Your Mac

If your work requires you to use Bootcamp on your Mac for some reason, your only option is to buy the Intel-based Macs. This is because Apple Silicon-based Macs will not support Bootcamp so it won’t be possible to run Windows on them.

Down the line, Apple Silicon-based Macs are going to offer even better stability than Intel Macs. However, there are likely going to be some issues at least during the first couple of years of this transition. This is a major underlying shift from Apple and even if the company does its best, there will be some underlying bugs and issues that will take time to get fixed.

Remember that due to underlying architectural differences, Apple Silicon Macs will be using Rosetta 2 to run existing Mac apps. This means there’s likely going to be some performance penalty due to virtualisation and some apps straight up might not work properly. So, if you use a Mac for mission-critical work, its best you stick to an Intel-based machine for now.

Apple has already made it clear that the Apple Silicon transition across its entire Mac lineup will happen over the next couple of years, with the first Apple Silicon Macs coming out before the end of this year. That’s a long time and anyone looking to buy a Mac immediately might not be able to wait for so long. After all, if you are in the market for a Mac Mini, there’s no guarantee that Apple will launch an Apple Silicon-based Mac mini by the end of 2020. Thus, the wait will only keep getting longer. So, if you need to buy a Mac immediately, go ahead and buy an Intel-based Mac without any issues.

Why You Should Wait for Apple Silicon-based Macs?

As mentioned above, Apple Silicon-based Macs will offer a number of advantages over Intel Macs in key areas including battery life and thermal efficiency. The greater control over hardware and software will also allow Apple to better plan features for future Macs and integrate them properly. With such a deep level of hardware and software integration, Apple could end up offering new features on Macs that simply do not exist right now like Macs that boot instantly, 20 hours+ of battery life, better AL/ML performance, ability to run iPhone apps on Mac, and more.

In a nutshell, Apple Silicon-based Macs will offer the following benefits over Intel-based Macs:

Apple Silicon-based Macs are going to offer a notably better experience than existing Intel-based Macs. This might not happen on day one itself, but a few years down the line, that’s definitely going to be the case. Apple Silicon-based Macs should also end up leapfrogging Intel CPUs in terms of performance, especially now that Intel has delayed its 7nm chips until 2022 or early 2023 which gives Apple and TSMC a major process node advantage.

Apple has not revealed any official numbers, but Arm-based Macs should offer better battery life, run cooler, and have better thermal management than Intel-based Macs. They could also end up offering notably better battery life than their Intel counterparts. Since the chips themselves will be more power-efficient, Apple can also reduce the battery size without affecting battery life which in turn will allow it to make its MacBooks lighter.

The MacBook Air lineup has always felt a little underpowered for anything apart from some basic computing tasks. This is primarily because it is thermally constrained and the Intel CPU inside it is not really powerful. With Apple Silicon, Apple could end up giving the MacBook Air a major performance boost while still retaining its thin and light design, making it ideal for people who are always on the move.

Apple Silicon Macs will also have a dedicated Neural engine which should make them notably better at AI and ML processing. Apple will also be using other custom chips on its upcoming Macs which should allow it to offer a very high level of software and hardware integration. The overall platform should also be more secure than Intel-based Macs.

There’s no word on performance, but it is expected that Apple Silicon-based Macs are going to offer at least the same level of performance as Intel-based Macs but with better thermal performance and battery life.

Right from day one, you will be able to run iPhone apps on Apple Silicon-based Macs. This will not be possible on Intel-based Macs due to the underlying difference in architecture. This opens the world to a boatload of apps that are simply not available on the Mac App Store. Depending on your use case, this alone could be a major buying factor for a lot of users

Bear in mind that all these things are possible theoretically, and it will take Apple a few years to achieve this since the transition to its own chips inside Macs is a very big one.