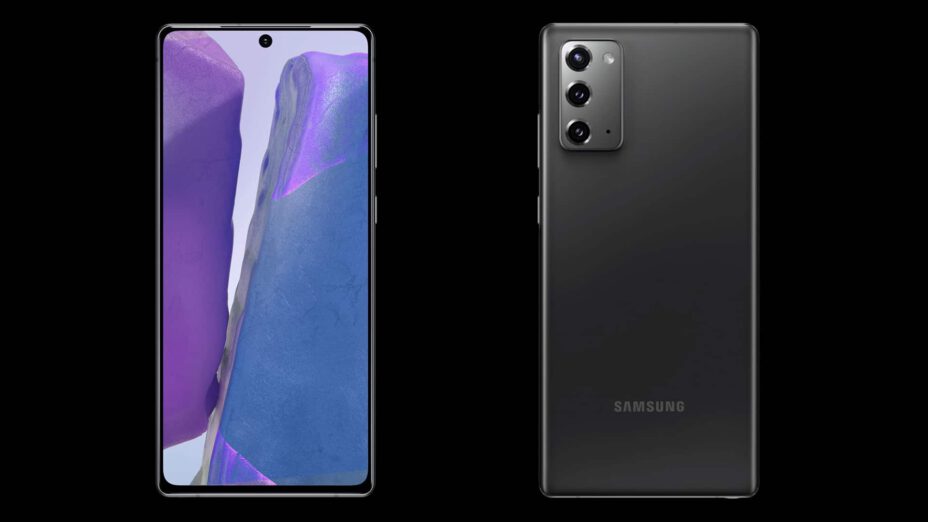 The iPhone 12 is expected to be unveiled later this year, even if it has been delayed by a few weeks. Apple’s main rival, Samsung, is trying to launch its iPhone 12 rival next month. However, the Galaxy Note 20 and the Galaxy Note 20 Ultra have been leaked weeks ahead of their launch.

The images showcase the Galaxy Note 20 in its black avatar and its frosted glass back. At the front, the phone has a bezel-less and notch-less Super AMOLED screen with QHD+ resolution, and it is expected to feature a 120Hz refresh rate with an option to switch to 60Hz refresh rate dynamically. There’s a punch-hole-shaped cutout for the 10MP selfie camera, which has dual-pixel PDAF autofocus and can shoot up to 4K 60fps videos. The device will be IP68-certified for dust and water resistance.

At the rear, the Galaxy Note 20 has a triple-camera setup, consisting of a 12MP wide-angle camera, a 12MP ultra-wide-angle camera, and a 64MP telephoto camera. It can record 8K videos, too. This is the same camera setup that has been used in the Galaxy S20, which debuted earlier this year. Although not visible in the press renders, the Galaxy Note 20 will come with a Bluetooth-enabled S Pen for jotting down notes, scribbling, and much more. The phone will also feature stereo speakers and wireless charging.

The Galaxy Note 2o will come with Android 10 out of the box, and it will be equipped with either the Snapdragon 865+ or the Exynos 990 processor, depending on the region. It will have at up to 16GB RAM, up to 256GB internal UFS storage, and a microSD card slot. The phone will be powered by a 4,300mAh battery and 25W fast charging capability. Other features include GPS, 5G, LTE, Wi-Fi 6, Bluetooth 5.1, NFC, USB Type-C port, Samsung Pay, Samsung DeX, and reverse wireless charging.

In comparison, the iPhone 12 Pro is expected to feature a 5.8-inch OLED screen with a notch, 12MP selfie camera, a triple-camera setup on the rear and a LiDAR sensor, A14 Bionic chipset, 6GB RAM, 128GB internal NVMe storage, 5G and LTE connectivity, NFC, and 20W fast charging. However, it might not come with a charger or Earpods in the box.