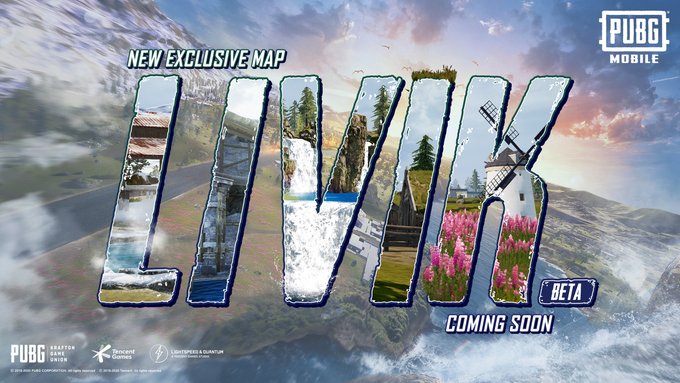 PUBG Mobile is arguably one of the most popular mobile games of all time. PUBG introduced mobile gamers to Battle Royale in a whole new way. Now PUBG has added a new smaller map that makes it easier to play quick games.

The new map is named Livik and is optimized for smaller games. Needless to say, the map is small and measures two kilometers by two kilometers. Unlike the other maps, Livik only supports 40 players. The smaller map and lesser players equate to quicker matches.

Livik map was developed with the intention of making each match shorter, developers believe games on Livik would last for 15 minutes. Apparently, people were looking for shorter matches so that they can play whenever they get time. The smaller map is also expected to offer a great deal of flexibility for players who are not able to free up a large chunk of time for playing PUBG

A smaller map doesn’t necessarily have to be boring. Despite being smaller in size, Livik squeezes in a variety of interesting elements like Nordic terrain. volcano, hot spring, waterfall, and much more. Landscape elements like waterfall will behave in a realistic way. Developers say a player might get washed away by the force of waterfalls and the same applies to other elements like a volcano. Other possibilities include taking a motorboat and driving it off the waterfall to kill the unsuspecting enemy below.

Livik map is exclusive for the mobile version and was announced by PUBG on Twitter. The map is already available on PUBG Mobile beta version. The game is all set to receive an update next month and most likely Livik map will be a part of the update. Recently PUBG gained an update with refreshed Mad Miramar map and improved graphics for iPhone.