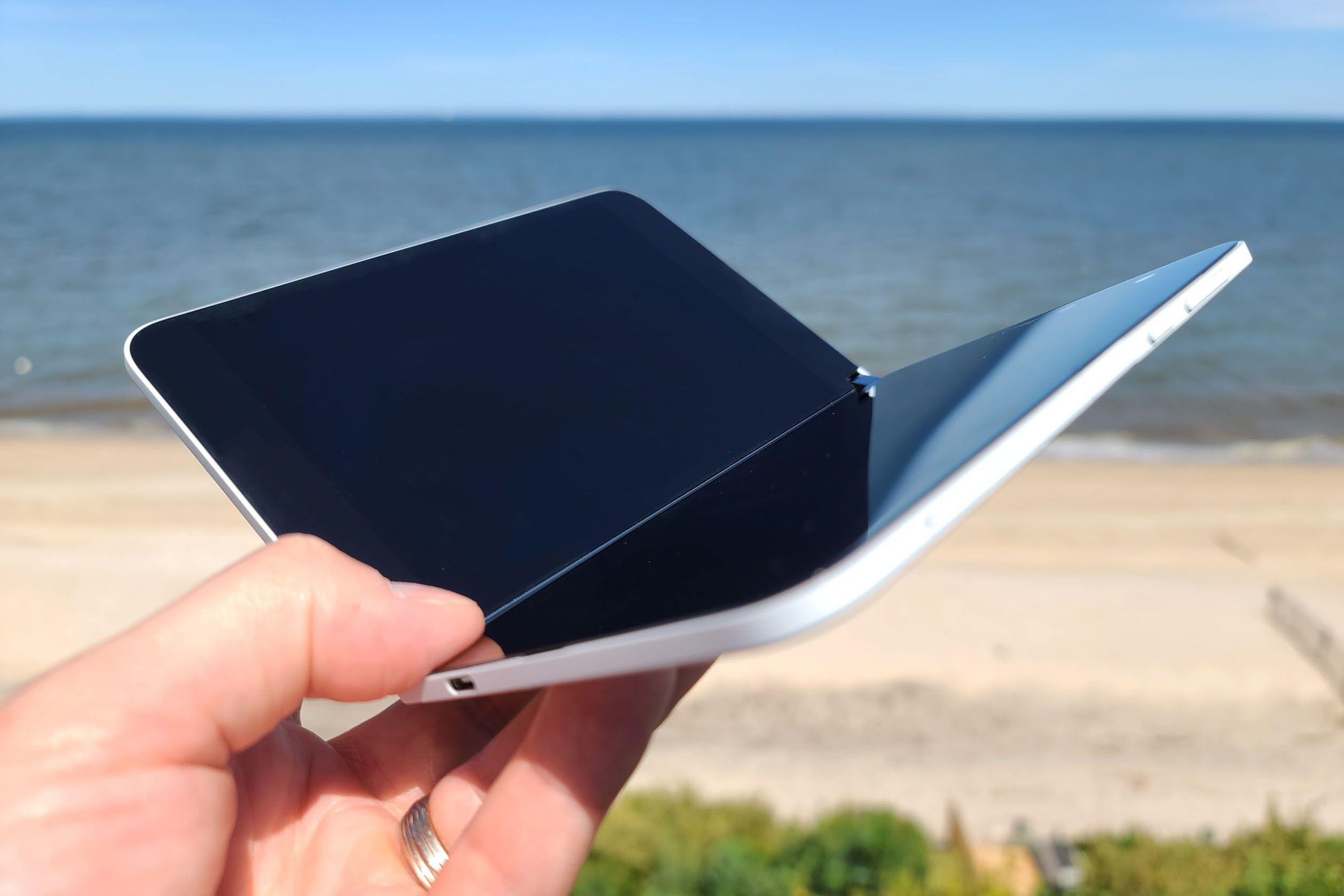 There are companies like Samsung and Huawei working on a true foldable device like the Galaxy Fold, Galaxy Z Flip, Mate X, etc. Then, there are companies like LG and even Microsoft working on foldable devices that do not rely on an unreliable foldable display. Instead, they are using a clever hinge design to connect two displays together. Microsoft’s Surface Duo, which recently went up for pre-order, is the perfect example of this.

Microsoft Surface Duo is a foldable device but one that gives the foldable display a miss. Microsoft, instead, is using a very unique hinge design that allows one to fold the device at almost any angle. The company is using two OLED panels on the Surface Duo which when fully opened form an 8.1-inch display with a 3:2 aspect ratio. While this concept is not entirely new — LG has been doing something like this over the last couple of years, the Surface Duo’s hinge design is notably superior.

As YouTuber MKBHD says in his unboxing video below, the Duo’s hinge is by far the best one that he has ever used and that’s including laptops and smartphones. The hinge has been designed in such a way that one can lay the device flat on a table easily or fold it and use it at any angle they wish to. This is not possible on Samsung’s Galaxy Fold which can only be used in two different angles when folded.

Compared to other foldable devices on the market like the Galaxy Z Fold 2, the Surface Duo is clearly an inferior device specs-wise. It features last year specs which include a Snapdragon 855 chipset, 6GB RAM, and an 11MP camera. While the device might falter in the specs department, from a design viewpoint, it shows that with a clever hinge design, it is possible to have foldable devices with existing OLED panels instead of relying on unreliable foldable display panels.

READ MORE:  Facebook Declared the Worst Company of 2021 of Survey