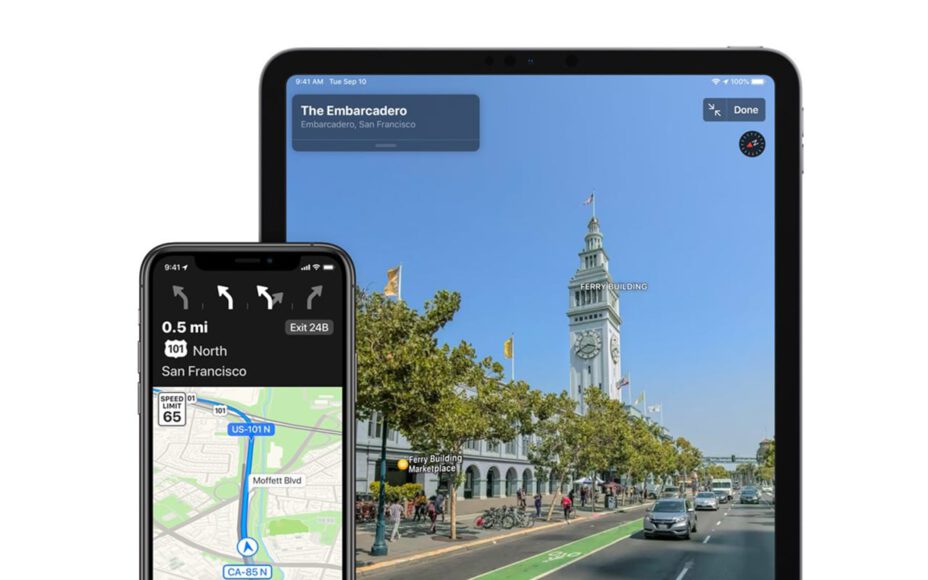 Apple has been operating vehicles equipped with advanced sensors for some time, which are dedicated to collecting data to enhance Apple Maps. However, the detailed process of collecting data was not known to anyone outside Apple’s team. Well, that changes today.

We have now come to know more about the process that the Cupertino-based tech giant uses to collect data for its Maps platform, including the vehicles and gadgets that the company uses, and protocols that Apple’s team has to follow, thanks to the brand’s internal material that was revealed online by a Twitter user that goes by @YRG04E (Andrey)

The manually driven cars have a tower on the roof that have high-resolution cameras with Zeiss lenses, and LiDAR scanners. The self-driving cars, on the other hand, have a horizontally-mounted camera system. These cameras and sensors feed captured images and data into a 2013 Mac Pro that resides in these vehicles. The computer processes all the data captured by these cameras in real-time.

RELATED: iOS 14: How to Use Cycling Directions in Apple Maps on iPhone

Each car is said to have four 4TB SSDs, which are used to store the data processed by the Mac Pro. These SSDs are shipped to Apple at the end of the day to process the data further. According to Andrey, the set of four 4TB SSDs reaches its storage capacity within a week. He claims that Apple uses UPS overnight delivery service to ship replacement SSDs.

All of these processes are controlled by a modified version of the iPad that Apple calls the EyeDrive unit. This iPad is loaded with an EyeDrive app which provides the assignments to be done and allows operators to manage the captured data. Andrey also reveals that there are two different EyeDrive apps, one for manually-driven cars and one for self-driven cars. Both apps have distinguished icons.

Apple directs the team to start capturing when the sun is at a 30 degrees angle and stop the process when the sun reaches 30 degrees again. If images and data are captured before or after these timings, the sun rays seem to interfere with the LiDAR sensors. Apple also directs its operators to collect data in perfect weather conditions so that the images come out consistent.

At the end of the day, these cars return to a safe and undisclosed location, where operators inspect the car, save the collected data safely, and turn off all the systems. These locations are rented by a front company to maintain anonymity. All the collected data is then used to improve Apple Maps and its features, including Flyover and Look Around. Apple is said to be expanding its network of vehicles for collecting geographical data in Canada, Europe, and Japan.