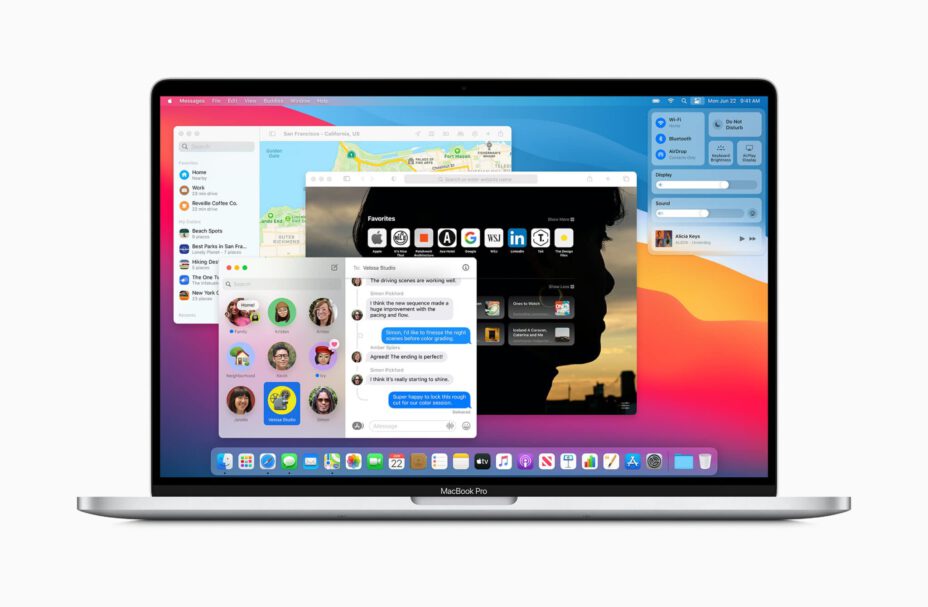 Despite coming with fast multi-core processors, blazing-fast SSDs, and oodles of RAM, Macs take an extremely long time to install system updates. Even a simple point release of macOS Catalina can end up taking nearly 10 minutes to install on a 2019 or 2020 MacBook Pro which is not really acceptable. With macOS Big Sur, Apple is finally getting around to fixing this problem.

Once you update your Mac to macOS Sur, future software updates to the OS will automatically begin installing in the background. This will allow the updates to be installed faster than before. The trick is not really a new one since Google employs a similar technique on Android phones to seamlessly install software updates in the background. This helps reduce downtime to a minimum as the devices only need to reboot for the changes to take effect.

Once macOS Big Sur is installed, software updates begin in the background and finish faster than before — so it’s easier than ever to keep your Mac up to date and secure.

Apple does not quote any numbers, but given the emphasis on the feature from the company, it is likely that macOS Big Sur will bring a notable improvement in this regard. macOS Big Sur is compatible with 2013 and later MacBook Air, 2015 MacBook and later, and MacBook Pro models launched in 2013 and later. It will be interesting to see what difference the new method to install updates makes on older Macs with dated hardware. The performance improvement should be higher on newer Macs, especially the ones that come with Apple’s ultra-fast SSD storage.