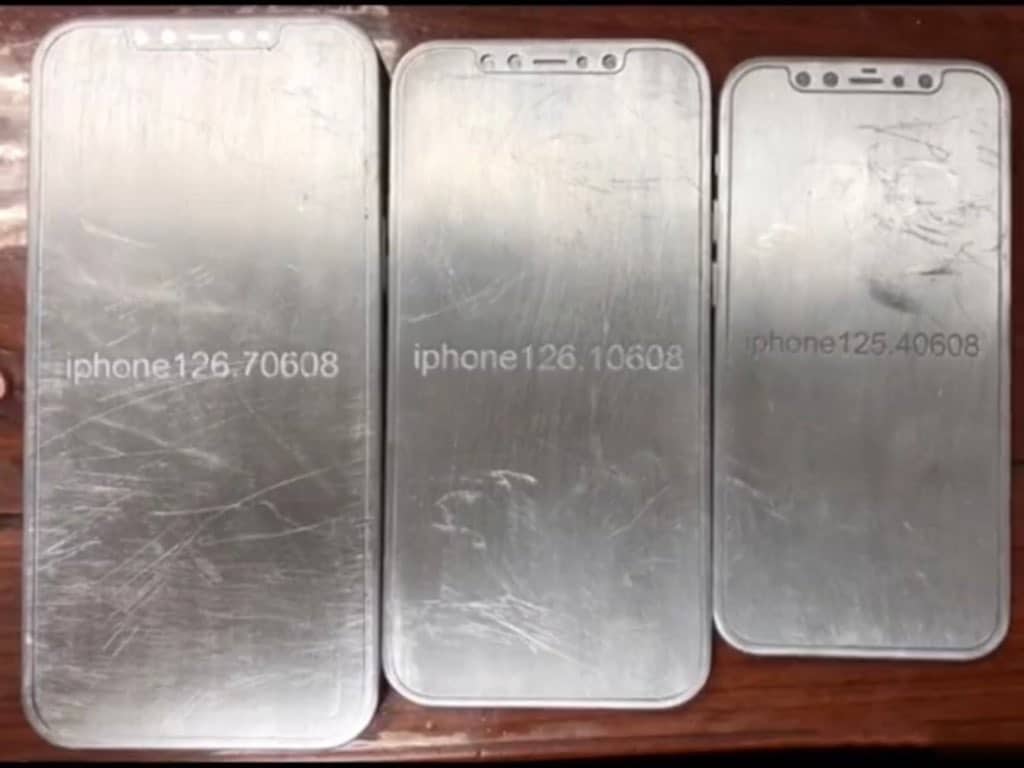 Alleged photos of the molds of all four iPhone 12 models have been posted on Twitter. The photos show the devices as having a design that’s very similar to the iPad Pro, something which rumors have claimed as well.

While not mentioned, these molds are usually based on leaked dimensions and CAD renders of the devices and are usually made by case makers. The molds point to the iPhone 12 lineup having squarish corners rather than the curved edges found on the iPhone 11 lineup. They also show the four iPhones in their varying screen sizes: the smallest one with a 5.4-inch display, two variants with 6.1-inch display, and the iPhone 12 Pro Max with a 6.7-inch display.

The sides are squared off, just like the rumored #iPhone12 #iPhone12Pro pic.twitter.com/u2lg4pcxSV

While the molds are in line with all the iPhone 12 leaks so far, they do show the devices as having the same size notch as the existing iPhones. Rumors, however, claim that the iPhone 12 lineup will have at least 30% smaller notch than the outgoing models. It is possible that the leaked dimensions and CAD drawings don’t depict the notch size properly since they don’t affect case makers directly.

In the previous years, such molds for new iPhones have leaked around April or May. The delay this time around can be attributed to the iPhone 12 lineup due to the coronavirus pandemic. Due to this delay, it is uncertain as to when Apple will launch the iPhone 12 lineup this year. The company could launch two of the lower-end iPhone 12 models in September and the other two Pro models in October. Other rumors claim that the announcement itself will be delayed to October.

READ MORE:  Leaker Reiterates iPhone 12 Will Not Ship with EarPods and Power Adapter in Retail Box

Apart from a new design, the iPhone 12 lineup will come with 5G connectivity, improved performance, better and bigger camera sensors, and a new LiDAR scanner for AR purposes.