It is no longer secret that Apple is allegedly working on a bunch of new AR features that will debut on iOS 14. As part of the efforts, Apple is developing an AR app that lets users scan QR codes and view the content on the iPhone or an AR headset. Josh Constine from Moving Products has got his hands on the iOS 14 dumps and reveals some of the features from the iOS 14 AR app.

Apparently Apple seems to have reimagined QR codes. The app was first discovered in an internal build and is apparently named GObi. On iOS 14 users should be able to generate funky QR codes that look way better than the dotted matrix. The dump consists of different types of QR codes with names like “Mac Pro,” “Cosmic” and “Starbucks.” Each type is further associated with “tags.”

The circle format tags are based on the length of the lines that connect to the center. Furthermore, the files titled “Mac Pro” and “Apple Watch” apparently open Apple Store for the respective devices. One of the QR codes directs to Rogue One movie on iTunes while the one with the Starbucks logo seems to offer promotions at various Starbucks stores. Interestingly you also get to see an augmented reality pagoda tower that can be placed on a real-world coffee table.

It is to be seen whether iOS 14 will arrive with a standalone Gobi app or the features will be baked into the camera app. iOS already supports QR codes scanning in the Camera app.

The internal files also tell us how the Find My app will change the way it interacts with users. Haptic feedback and audio files will seemingly help Find My app users locate their missing devices. The audio cues include “encouraging sound” when you are in the same direction as the lost device. On the other hand, discouraging tones with the help you realize that you are looking in the wrong place. Apparently, the feature is aimed at locating AirTags tracking tags once it is released.

Apple is expected to announce iOS 14 at the WWDC 2020 in June and will most likely reveal more about the custom QR codes as well. 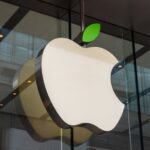 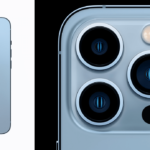