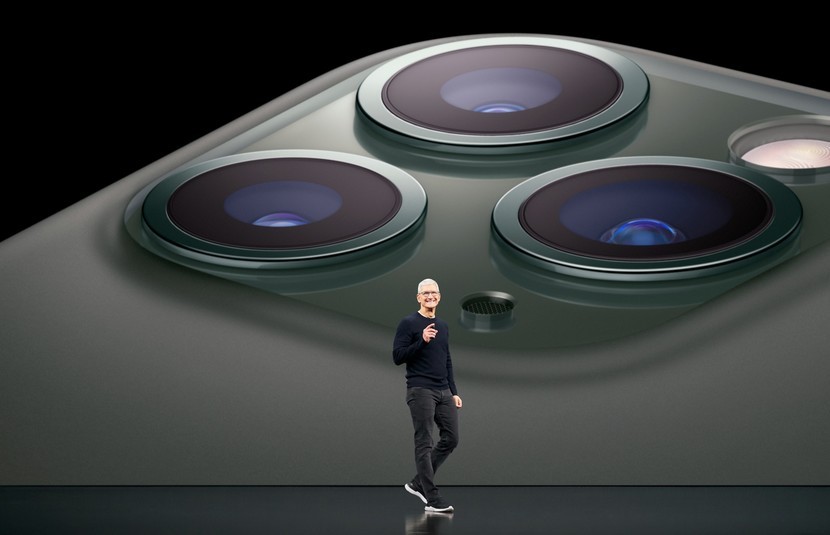 Washington has blacklisted a key Apple supplier as part of its latest crackdown on Chinese tech companies, a move that is expected to shake up consumer electronics supply chains and hasten the ongoing decoupling of the world’s two largest economies.

Camera and touch module supplier O-Film Group was one of 11 Chinese companies added to the U.S. Commerce Department’s Entity List on Monday over alleged human rights abuses involving China’s Uighur Muslim minority. The Shenzhen-listed O-Film is a rising star in the consumer electronics and automobile supply chains, and supplies a wide range of American companies, including Microsoft, HP, Dell, General Motors and Amazon, as well as Apple. It also counts Samsung Electronics, Huawei Technologies, Oppo and Sony as clients.

But the Commerce Department has named O-Film’s subsidiary in Nanchang in connection with the forced labor of Uighurs and other Muslim minority groups in western China. Companies added to the Entity List must apply for special licenses if they wish to access American technologies. Shares of O-Film dropped nearly 4% on Tuesday in Shenzhen following the U.S. government’s announcement, while the overall market rose 0.65%.

Two other companies added to the Entity list on Monday — Tanyuan Technology and KTK Group, both listed in Shanghai — are also part of the global consumer electronics supply chain. Tanyuan produces heat-dissipating materials for smartphones, tablet and laptop computers, while KTK has stepped into smartphone manufacturing in India.

Washington’s latest move could significantly impact multinational and U.S. companies’ choice of suppliers and even change the tech supply chain’s competitive landscape in the longer term, according to market watchers, even though American companies are not legally prohibited from procuring from blacklisted companies, so long as the business activities do not involve the exporting or reexporting of U.S. technologies.

“The U.S. move reiterates that American companies should reduce their engagement with Chinese companies in the long run,” Chiu Shih-fang, a senior smartphone and supply chain analyst at Taiwan Institute of Economic Research, told the Nikkei Asian Review. “Tech companies will have to weigh the risks before continuing their business relations with companies that are blacklisted by the U.S. government.”

Founded in 2002, O-Film became part of the Apple supply chain in 2017, first for iPads and later for iPhones, proving it could meet the California company’s rigorous demands for quality. O-Film has since become a formidable competitor to leading tech suppliers, such as Foxconn-owned Sharp of Japan and LG Innotek in camera modules and Taiwan’s TPK-Holding in touch-screen module components. The company’s market cap is around 51.5 billion yuan ($7.36 billion), well above Sharp’s $5.95 billion, according to Thomson Reuters.

“Apple is dedicated to ensuring everyone in our supply chain is treated with dignity and respect,” an Apple spokesperson told Nikkei. “When we learned of the allegations from ASPI earlier this year, we immediately took additional actions and began a detailed investigation with our suppliers. We have found no evidence of any forced labor on Apple production lines and we plan to continue monitoring.”

“We have worked with O-Film for several years and have regularly conducted detailed audits of their facilities,” said the spokesperson, adding: “Most recently, we dispatched independent third-party investigators to their facilities in March and we conducted additional surprise audits in June and July. These teams investigated hiring practices, verified employee documentation and conducted extensive independent interviews with workers in local languages.”

READ MORE:  AirPods Pro and AirPods 3 Both Get a New Firmware Update

Apple CEO Tim Cook visited one of O-Film’s factories back in December 2017 and praised the company’s tech expertise and work culture, according to a press release on O-Film’s official website. The press release quoted Cook as saying Apple “will forge a closer collaboration with O-Film in the future.”

“O-Film has become a crucial camera module supplier for Apple over the years,” Jeff Pu, an tech analyst with GF Securities, said. “O-Film could tell Apple, its major customer, that its production lines do not involve forced labor. But the addition to the U.S. trade blacklist could still impact its future engagement with U.S. clients such as Apple and its share of orders in the future.”

Like many other Chinese tech companies, including Tanyuan Technologies and national display champion BOE Technology, O-Film is heavily subsidized by central and local governments. The company said on July 1 it has received 36 million yuan in subsidies from the Shenzhen City Government and on June 4 announced it will build a 3D optical sensing research and development center in Hefei with local government support for land, infrastructure and funding.

Despite O-Film’s rise in the supply chain, its net profit declined nearly 40% from 823 million yuan in 2017, when it entered the Apple supply chain, to 510 million yuan last year. And in December last year, it was punished by the Shenzhen Stock Exchange for not accurately disclosing its financial statements. Still, the company was recently recognized as one of the outstanding contributing enterprises in the Guangming District of Shenzhen for 2019.

Tanyuan, whose main clients are Samsung, Huawei, Vivo and Oppo, slipped to a net loss of 40.9 million yuan last year as the company expanded into developing new materials to deal with 5G phones.

KTK, meanwhile, is facing delays in its plans to start smartphone production in India. The company, which is planning to spend $98.8 million on its India project, said the basic construction for the facility outside New Delhi is complete, but the start of operations has been postpones from the second to the third quarter of 2020. KTK has blamed the coronavirus pandemic, which is hitting India particularly hard. The delay also comes amid rising tensions between India and China, including a recent deadly border clash.

O-film, Tanyuan and KTK did not immediately respond to Nikkei’s request for comments. Microsoft, HP, Dell and Amazon were also contacted but did not respond as of publication time.