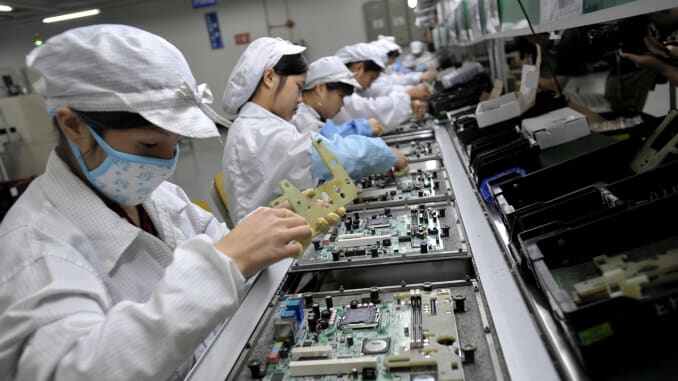 China has long been the manufacturing epicenter of iPhones due to various government benefits, easy availability of labor and suppliers, and multiple other benefits. However, it looks like China’s “days as the world’s factory are done.” This is true not just iPhones but other Apple and consumer tech products and it is happening due to the ongoing trade war between China and the US.

Young Lui, chairman of Hon Hai Precision, popularly known as Foxconn, has confirmed that the company is looking to move its production base from China to other parts of the world. Foxconn is one of Apple’s largest suppliers. It also assembles products for Nintendo, Dell, and major other tech companies. The company has been increasing its production capacity in factories outside of China which currently stands at 30 percent, up from 25 percent in June last year.

Foxconn has been working on moving its production capacity to more Southeast Asian countries including Vietnam and India. He noted that the

“No matter if it’s India, Southeast Asia or the Americas, there will be a manufacturing ecosystem in each,” Liu told investors on a conference call, adding that while China will still play a key role in Foxconn’s manufacturing empire, the country’s “days as the world’s factory are done.”

READ MORE:  Apple Online Store for India to Launch Next Month, AppleCare+ to Also be Available

It is not just Foxconn that is moving production outside of China. The ongoing US-China trade war has forced many other companies to also look for other regions to set up a manufacturing base.