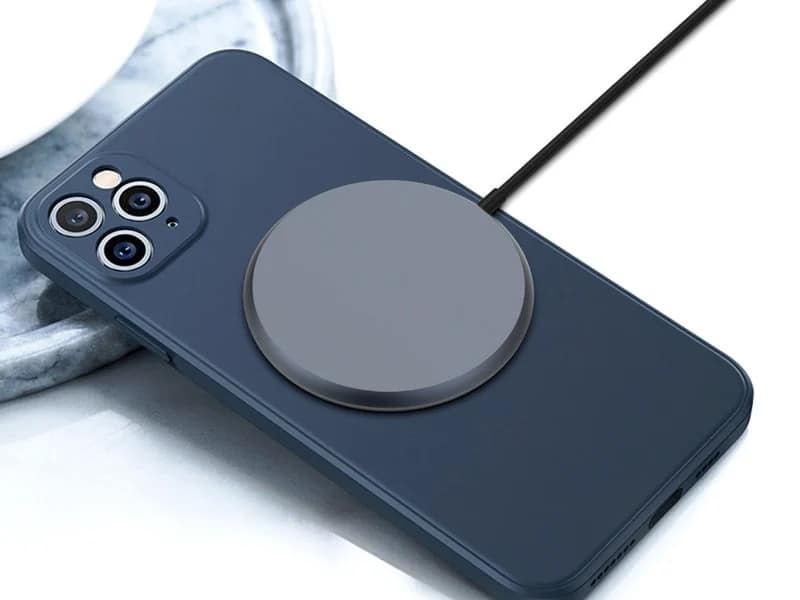 A new iPhone wireless charger has been announced by Japanese accessory manufacturer MPOW that can magnetically attach to the rear of the “new iPhone.”

The press release from the accessory maker highlights how the new charger can magnetically attach to the rear of the new iPhone. A leaked photo had shown the iPhone 12 chassis featuring magnets inside so that wireless chargers could auto align themselves on the rear of the device.

The Cupertino-based tech giant is also rumored to announce two new MagSafe branded chargers for the iPhone 12 lineup later today at its ‘Hi, Speed’ event. It is possible that these chargers from Apple will also use a similar technique to automatically align at the rear of the device.

This would be a novel approach from Apple and help solve one of the biggest gripes with wireless charging which requires users to carefully place their device on the wireless charger so that the charging coils of both devices align with each other for the charging process to start. A recent rumor also indicates that the new iPhones will come with 15W wireless fast charging support, up from the 7.5W support found on the iPhone 11/Pro lineup.

It is possible that we could see other accessory makers also announce similar wireless chargers with magnets inside them for the iPhone 12 lineup once the new iPhones are announced by Apple.