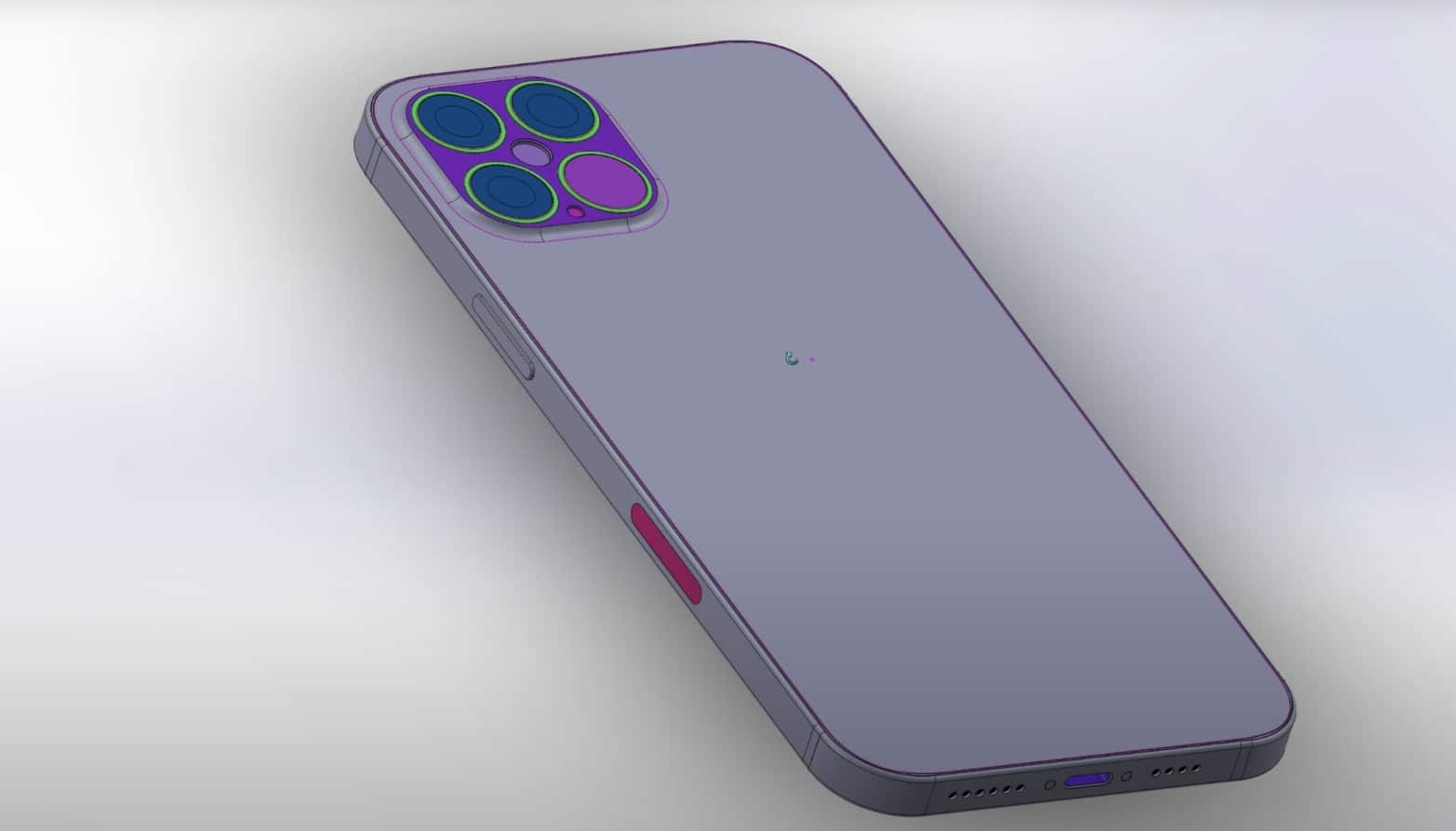 The original source of the leak says that the design CAD is “70% accurate,” with some attributes like the camera layout and the size of the notch not being accurate. YouTuber EverythingApple Pro has 3D printed the CAD design to report more details about the iPhone 12 Pro Max. The device will seemingly be 7.4mm thick making it thinner than the 8.1mm iPhone 11 Pro Max. More importantly perhaps, the iPhone 12 Pro Max will feature 0.9mm thinner display bezels which should give the display a more edge-to-edge feeling. This will also help Apple include a bigger 6.7-inch display on the device without increasing its overall dimensions by a sizeable margin.

Apple will seemingly be moving all the physical buttons lower down the body on the iPhone 12 Pro Max which makes sense as it would make them easier to reach. The leak also claims that the notch on the iPhone 12 Pro Max would be slightly larger than the notch found on the OnePlus 6 and its curvature will also change. If true, this would mean a sizeable reduction in the size of the notch that should please all notch-haters out there.

The glass on the iPhone 12 Pro Max will also be completely flat at the front and back unlike the curved edges seen on the iPhone 11 Pro lineup. The antenna bands will also be getting wider possibly to help with 5G reception and faster download speeds.

Read: 6.1-inch iPhone 12 Could Use OLED Displays from LG

Apple is also looking to expand support for its upcoming CarKey feature to more car manufacturers including Tesla, though the latter has not yet given its nod for the feature.

READ MORE:  How to Use Low and High Power Mode on Your MacBook