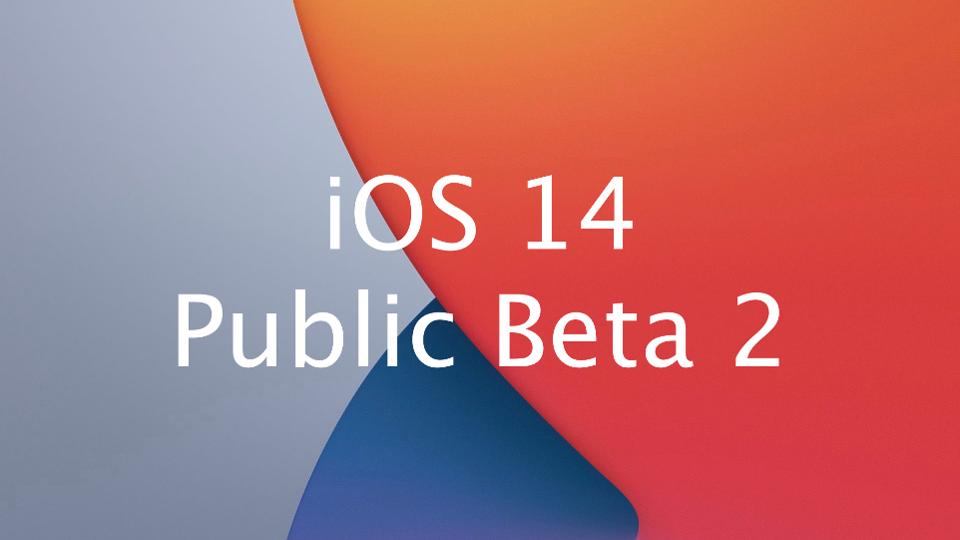 iOS 14 Beta 2 and iPadOS 14 Beta 2 updates bring a new icon for the Calendar app and also shows a task in the smaller-sized Tasks widget instead of just showing remaining tasks.  The Files app now has a widget to quickly access recently opened files. There’s also a setting to manually disable animated cover art or limit it to Wi-Fi only in the Music app.

The Settings app in iOS 14 Beta 2 and iPadOS 14 Beta 2 doesn’t allow you to install an update if you’re playing audio on the device. It now displays a warning saying “This update cannot be installed while audio is playing.” The new builds also bring important bug fixes, performance and stability improvements, and improved security to compatible iPhones and iPads.

iOS 14 brings major changes to iPhones, including a new home screen with support for widgets and App Library. There’s also support for picture-in-picture mode and a smaller call UI. New Siri UI is now much smaller and doesn’t take up the whole screen. The Messages app gets support for more emojis, Memojis, Memoji Stickers, mentions, and the ability to customize a group’s profile picture.

iOS 14 also brings App Clips and the option to change the default email and web browser apps. iPhones also get the new Translate app, cycling directions, multi-device switching for AirPods, Digital CarKey support, and support for third-party products in the Find My app. iOS 14 focuses a lot on privacy as well, with Safari offering detailed reports on trackers and cookies.

iPadOS 14 gets most of the features that debuted with iOS 14, including the new Safari app, improvements to all stock apps, the new Messages app with support for mentions, new UI for calls and Siri, and the ability to change default email and web browser apps. However, it doesn’t get support for placing widgets beside apps on the home screen.

If you are planning to install the new developer beta builds of iOS and iPadOS on your iPhone or iPad, you should check out our tutorials to install iOS 14 and iPadOS 14.

Apple has also released HomePod Software 14 Beta 2. The new software build now offers an option to select the default service for audiobooks, music, and podcasts. Right now, it just displays Apple Music, but it could show other music services as an option with future updates. Audiobooks, music streaming, and podcast app developers need to implement this feature to see their service show up in the new menu.

READ MORE: iOS 14 Features — All The Upgrades Coming to Your iPhone

Update: Apple has released the first public beta versions of iOS 14 and iPadOS 14. You can now enroll your compatible iPhone and iPad in the public beta program and get these beta updates.