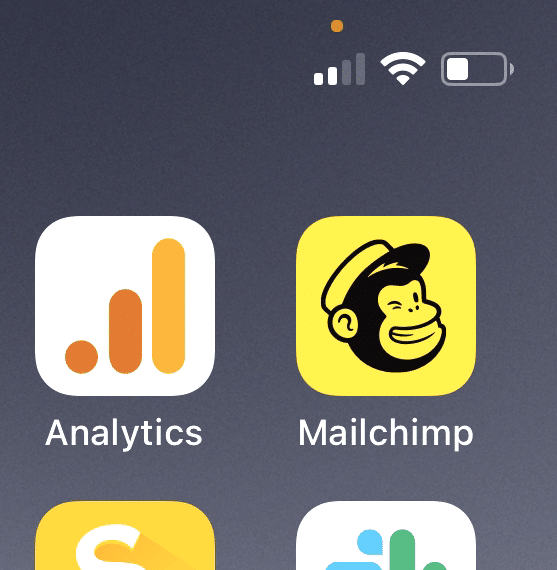 The orange dot appears in the upper right corner of the screen whenever the microphone is activated. This is pretty similar to the green light indicator that lights up while using the webcam on Macs. Henceforth you can always check for orange light on your screen if you suspect Facebook, Instagram is eavesdropping on your conversations. The same holds good for the green indicator that tells you whether apps are using front or rear camera on your device.

There has been a theory that Facebook and other apps owned by the company activate mic in the background. It is alleged that the data helps Facebook target users with highly customized adverts. Later Facebook denied the allegations. Perhaps the orange indicator on iOS 14 should be able to end your fears.

READ: All the Confirmed iOS 14 Features Based on Leaks

Apple has baked in a slew of new privacy features for iOS 14. The orange light indicator is just one of them. Other privacy features on iOS 14 include a notification that alerts you when an app is trying to access the system clipboard. This way you will be alerted if an app is trying to copy passwords or any other important feature from the clipboard. Also, a green indicator will light up on the screen if any of the apps are trying to access the camera in the background. The green indicator warns you if any of the apps are accessing your front or rear camera in the background.

The Photos app on iOS 14 also lets you give access to certain apps of the Photos library. Furthermore, Apple has also introduced new privacy-centric features for the HomePod. Make sure to check out all the amazing new iOS 14 features.