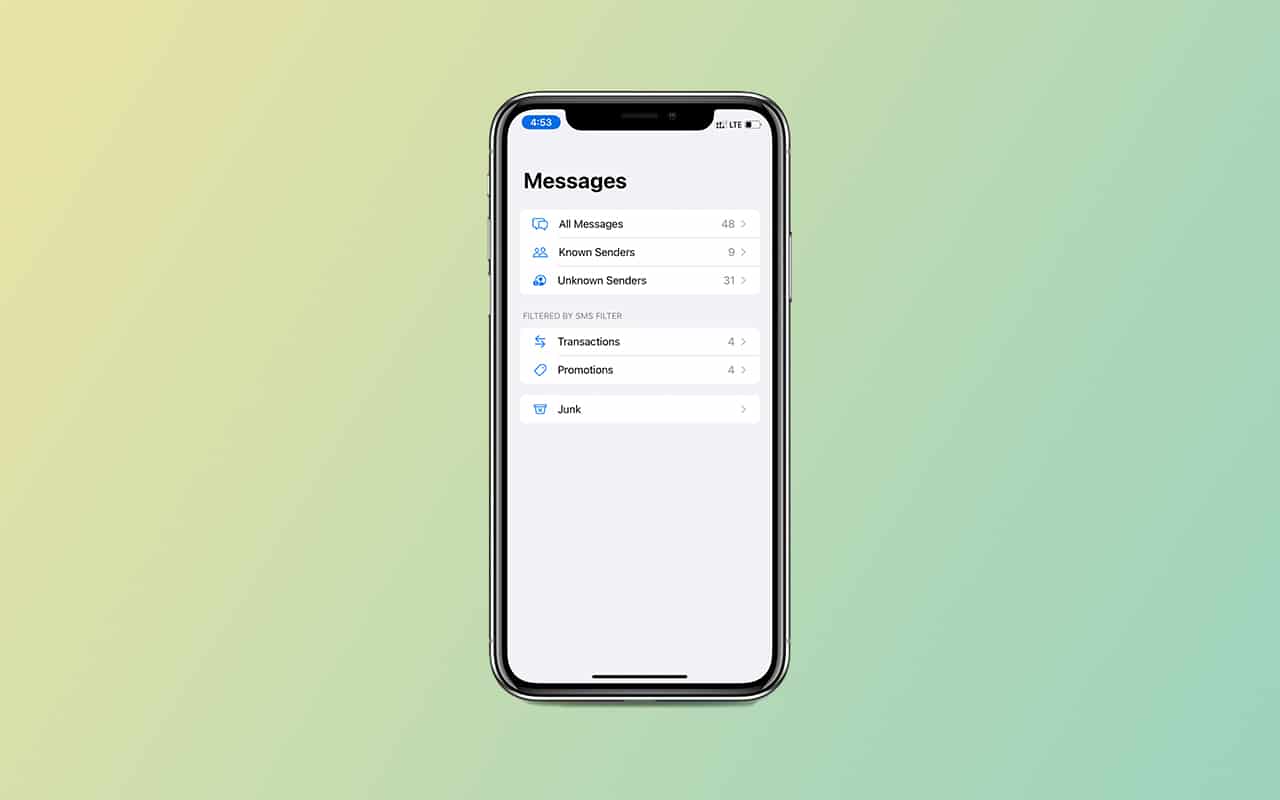 SMS spam is a huge problem for many people, especially in countries like India. To help iPhone users with this problem, Apple had introduced the SMS filtering option inside the Messages app with iOS 11. However, it was quite basic and for more effective filtering, people had to depend on third-party apps like Truecaller. Now, Apple has made improvements to the SMS filtering feature with iOS 14.

With iOS 14, iPhones can filter out spam and unwanted messages more effectively. The improved Messages app in iOS 14 offers more filtering options, including filters based on junk, promotions, and transactions. Apple did not announce this feature while revealing iOS 14 during WWDC 2020. In older versions of iOS, messages filtering feature was restricted to unknown senders.

This improved SMS filters feature is only available in India, though. So, if you live outside of India, you might not get access to this awesome feature, which is a disappointment. Hopefully, Apple will release this feature to more countries by the time the final version of iOS 14 is released to iPhones in the coming months.

READ:  iOS 14 Notifies You When an App or Widget Reads Your Clipboard Data

In India, OTPs (one-time passwords) are quite important for logging into various web services and government websites. So, the earlier SMS filter was kind of useless as it would not show messages that contained OTPs. With iOS 14, though, users can easily have a look at OTP messages by visiting the Transactions section inside the Messages app. They won’t have to rely on shady third-party spam protection providers like Truecaller.

Improved SMS filtering is one of those dozens of new features that Apple didn’t announce during its WWDC 2020 keynote, but turned out quite useful. This feature will be quite useful for many users, especially in markets like India where there’s a lot of spam involved.

While Android users had the freedom to use SMS filtering offered by third-party apps, iOS users were restricted because Apple doesn’t let iPhone users use third-party apps for messages. So, this new feature will be a welcome change for iOS users.