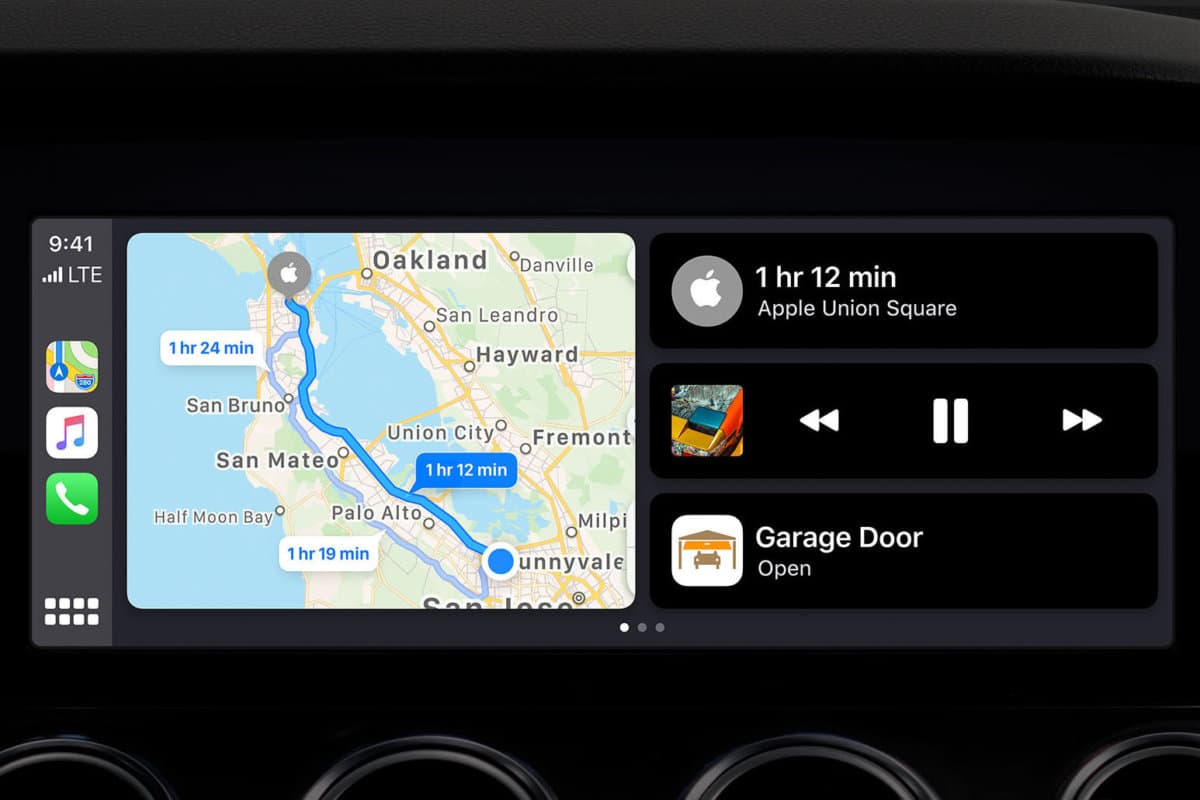 One of the reasons why CarPlay is so popular among iPhone users is that it easily and safely lets them access important functions of their device while driving their vehicle. Using CarPlay, they can easily respond to incoming text messages, change the music, get directions to where they want to go, and more. Despite CarPlay being very good though, it has its own set of limitations and with iOS 14, Apple is removing some of them while further improving it as well.

While you are at it, make sure to also check out all the new iOS 14 features for iPhone as well.

All the New CarPlay Features in iOS 14

This might seem like a small deal but CarPlay in iOS 14 will gain background wallpaper support. This means you will no longer have to look at the black wallpaper of CarPlay and can select from one of the five pre-loaded wallpapers in the first beta of iOS 14. The CarPlay wallpaper that you set will be different from the wallpaper of your iPhone as well.

Disappointingly, you cannot set any image of your choice as CarPlay background. Apart from setting a solid dark or white background, Apple has bundled five wallpapers for CarPlay in iOS 14 that can change appearance based on the dark/light theme.

READ MORE:  How to use Find My iPhone to find lost or stolen iPhone or iPad

Support for New Categories of Apps

Apple has always supported only a limited kind of apps for CarPlay. With iOS 14, it is adding support for new categories of apps in CarPlay to keep up with the times. This includes apps that can show EV charging stations, parking apps, food delivery apps, and more.

Siri is getting smarter as a part of the iOS 14 update which means that the experience of using the digital assistant in CarPlay is also going to improve. You will be able to use Siri in CarPlay to send audio messages to your friends and family and also share ETAs with them. While it is already possible to send text messages using Siri in CarPlay, the addition of audio messages is new and might be useful for many especially since the digital assistant tends to struggle to understand non-American accents.

Users who have a car with a portrait display will now get an option in CarPlay in iOS 14 to move the status bar to the bottom of the screen for a better layout and wider app view.

Support for Chinese and Japanese Keyboards

CarPlay in iOS 14 will support Chinese and Japanese keyboards thereby allowing users to easily search for their point of interest in navigation apps.

READ: iOS 14 Features — All The Upgrades Coming to Your iPhone

Ok, this is not really a CarPlay feature but it is definitely related to it. Apple is going to let you use your iPhone as the key for your vehicle. Using CarKey, you will be able to unlock your car using your iPhone, and then when you place the phone on the wireless charger inside the cabin, you will be able to start the vehicle by pressing the Ignition button.

This feature will be available on iPhones with a U1 chip meaning the iPhone 11 Pro and iPhone 11 series of devices are going to be supported. While this feature will be present in iOS 14, Apple is also going to bring it to iOS 13 with a future software update. It goes without saying that you must have a car that will also support CarKey.

You can at least experience some of the new CarPlay features right away by installing the iOS 14 beta on your iPhone.