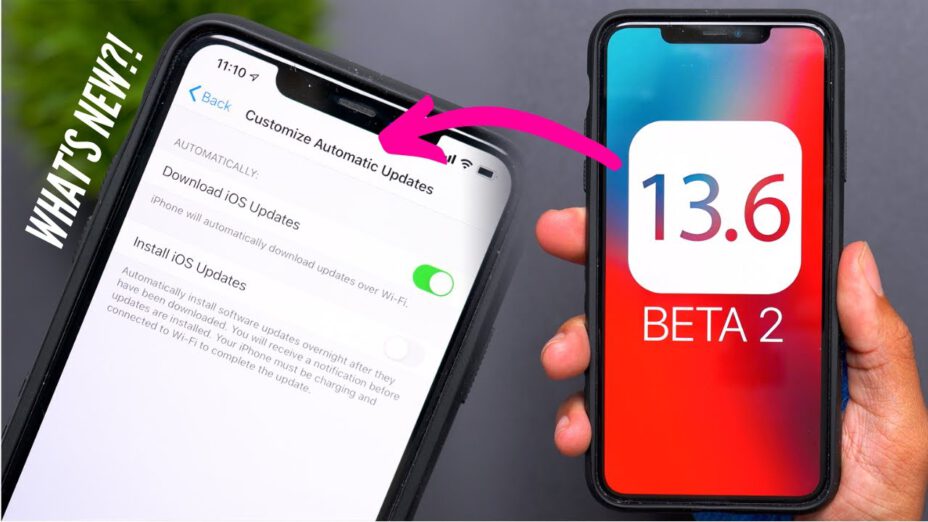 While relatively minor, iOS 13.6 beta 2 brings greater control over the auto-installation of iOS updates and enhances the Health app by adding a new Symptoms section to it. You can find everything that’s new in iOS 13.6 beta 2 below.

Apple already offers an option to auto-update an iPhone or iPad whenever it is on charge and connected to a Wi-Fi network overnight. With iOS 13.6 beta 2, Apple is providing users with slightly more control over this. The Automatic Updates option is now split into two parts: “Download iOS Updates” and “Install iOS Updates.” Previously, these options were combined into one. The split means that users now have the option to download the latest iOS update on their device overnight, but if they wish to, they can disable it from being installed automatically.

The Health app in iOS 13.6 beta 2 has gained a new ‘Symptoms’ section where you can log symptoms of various illnesses that you have. This includes Abdominal Cramps, Body and Muscle Ache, Congestion, Constipation, and much more. Furthermore, you can add whether the Symptom is Severe, Moderate, Mild, Present, or Not Present. Each symptom is accompanied by a brief description at the bottom.

These are all the changes that we have discovered so far in iOS 13.6 beta 2 . If you have noticed in any other changes in the beta, feel free to drop a comment and let us know about it!