If you take a view of your iPhone’s Control Center, you will discover that it has a handy collection of shortcuts you can always access with a single swipe. The function of it is to assists you to skip songs, toggle Airplane mode and record what’s happening on the screen in just a few taps.

You can employ the use of gesture to access the Control Center, but which gesture you use depends on which device you have. This is because Apple ditched the Home button on its most recent iPhone and iPad models.

To access Control Center on an iPhone X or newer (without a Home button) or iPad running iOS 12 or later: 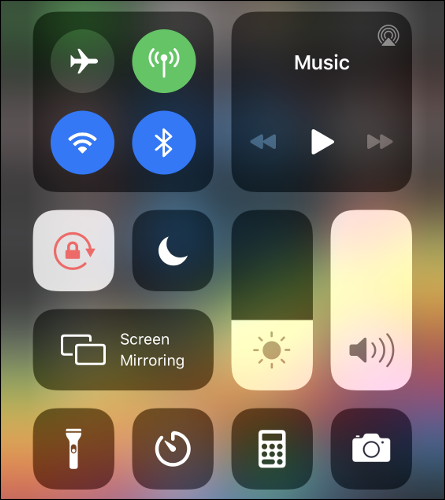 To access Control Center on an iPhone 8 or earlier (with a Home button) or iPad running iOS 11 or earlier:

How to Customize Control Center

Control Center works best when it’s full of the shortcuts you actually use. You can completely customize the bottom row of icons, and remove or add shortcuts, or change the order in which they appear. 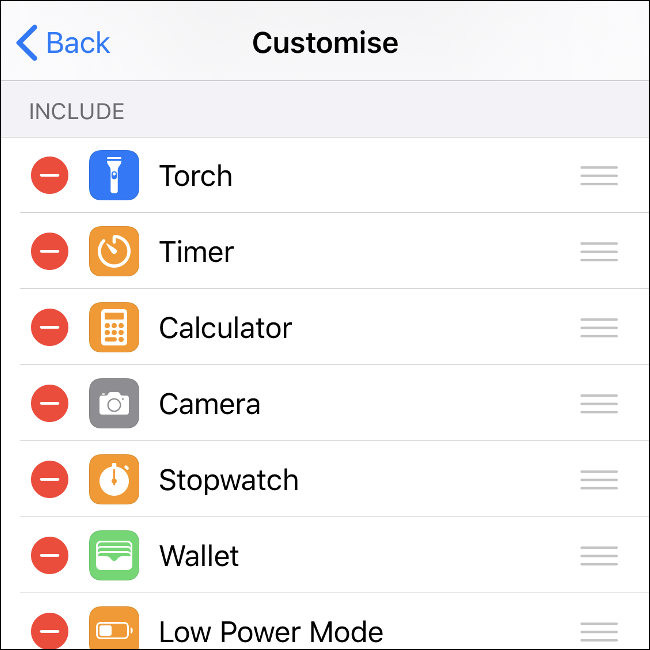 While you’re customizing, you can use the relevant gesture at any point to display Control Center and see how things look.

Do More in Control Center by Long-Pressing

There’s more to Control Center than first meets the eye. There are hidden sub-menus you can access with a long-press (tap and hold) on almost any shortcut. 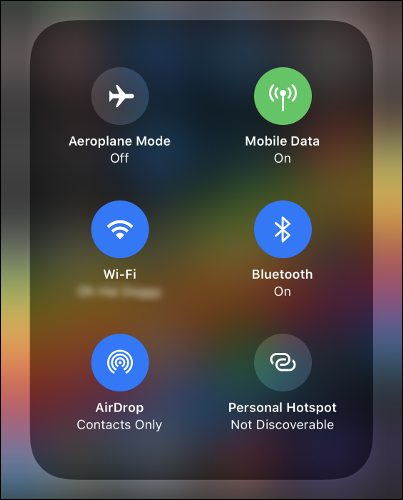 Try long-pressing the wireless controls to see even more options. If you long-press the “Now Playing” area, you can control other devices. Many custom shortcuts also have hidden options you can access with a long-press.

Quickly Connect to a Wi-Fi Network or Bluetooth Device

If you long-press the Wireless icon that houses Airplane mode and the Wi-Fi toggles, a new menu appears with six more options. 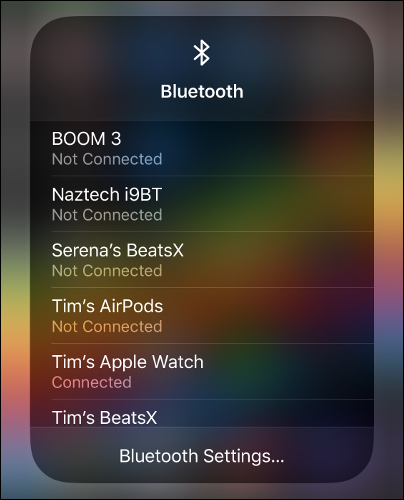 Beneath the list of available networks and known Bluetooth devices, you’ll see a shortcut to go straight to the relevant “Settings” menu.

Another option you can access when you long-press the Wireless icon is the “Personal Hotspot” toggle.

This option allows you to share your iPhone’s cellular data connection with other devices, like laptops and tablets. You see an indicator at the top of the screen whenever a device connects.

Play Media on an AirPlay Device

AirPlay is Apple’s wireless standard for audio and video content. You can send media via AirPlay to devices like Apple TV. To do so, open Control Center, and then long-press the “Now Playing” media box at the upper right.

The app that’s currently playing the media should be listed above a progress bar. Tap the small AirPlay icon in the top-right corner and a list of ready-and-waiting AirPlay devices to which you can stream appears. 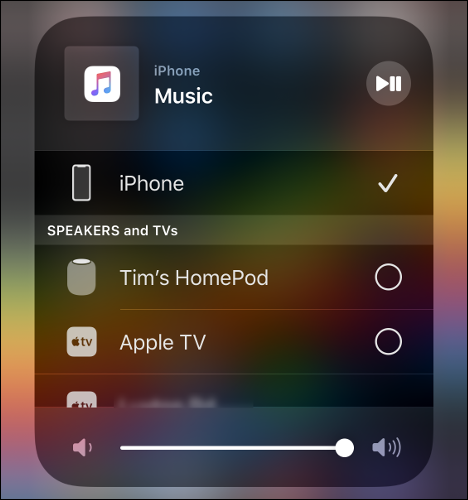 Mirror Your Display to an Apple TV

With AirPlay mirroring, you can stream your device’s display to an AirPlay receiver, like Apple TV. Mirroring only works with AirPlay devices that can receive and display video. You can also use mirroring to show your photo library on a big screen.

To start mirroring, open Control Center and tap “Screen Mirroring.” Pick a device and wait while the connection is established. When you use mirroring, assume that everything visible on your device’s screen is also visible on the AirPlay display. 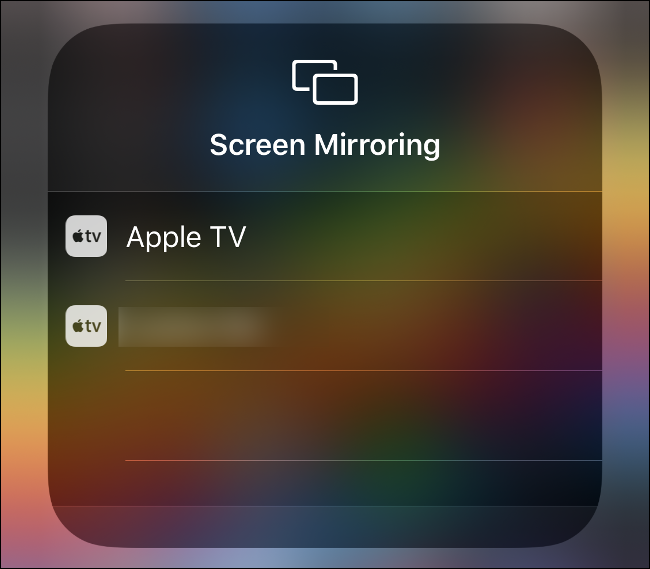 Control a HomePod or Apple TV

If you have an Apple TV, HomePod, or any other device that integrates with Apple Music, you can control it directly from your iPhone. This is different from streaming media via AirPlay because you control what’s playing on the device directly.

To get started, open Control Center and long-press the “Now Playing” screen. Scroll down to reveal any controllable devices. If you don’t see any, make sure they’re plugged in and connected to the same network. 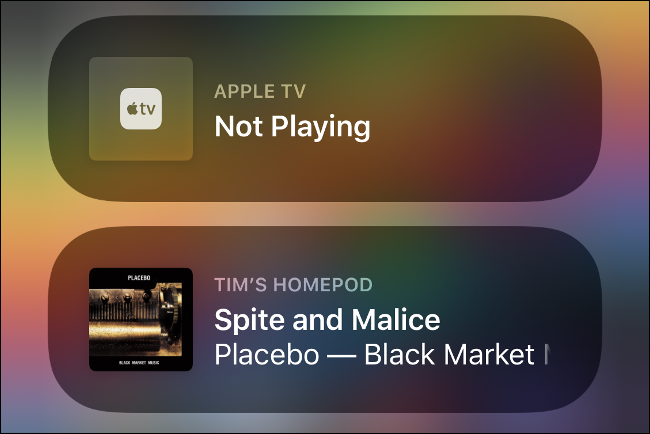 Tap a device to control it, and then launch the Music app. The name of the output device should be listed in the “Now Playing” section at the bottom of the screen.

To stop controlling a device, or to take control of your iPhone’s media output again, head to Control Center. Long-press “Now Playing,” scroll to the top of the list, and then select your device.

Prior to Apple’s introduction of a proper screen recording feature, you had to connect your iPhone or iPad to a Mac and record via QuickTime. Thankfully, it’s now much easier to record on your device.

To do this, you have to enable the Screen Recording shortcut as we described above. Once you’ve done so, simply tap “Screen Recording” to start recording. 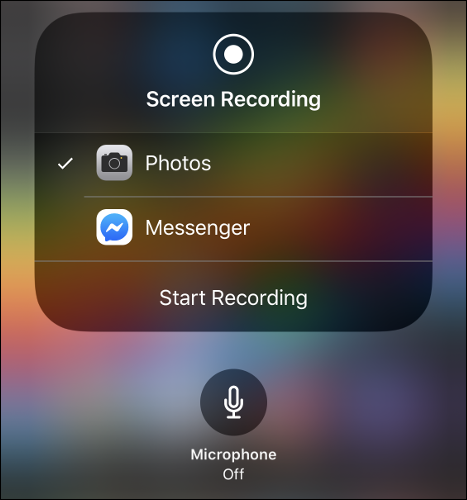 If you long-press the “Screen Recording” shortcut you might be able to choose Photos (default) or another app (like Facebook Messenger). You can broadcast the screen to compatible apps.

You can also enable the microphone in this long-press menu (it’s disabled by default). To stop a screen recording or broadcast that’s in progress, tap the red area at the top of the display.

Lock the Screen in Portrait Mode

One of the most useful shortcuts in the Control Center is located to the left of the Do Not Disturb moon. This toggle can lock your screen in Portrait mode, so when you turn your device sideways, the orientation won’t change to Landscape mode—or vice versa.

This is especially useful when you use your phone while lying down. Some people prefer their device to be in Portrait mode all the time (guilty, as charged) because they dislike Landscape mode.

The Notes shortcut is a worthy addition to Control Center. Tap it to launch Notes or long-press it to see a few more options. From here, you can create a new note or checklist, launch Notes in camera mode to snap a photo, or scan a document directly into a new note.

You can long-press virtually anything in Control Center. If you long-press the Brightness slider, you get some handy controls to toggle the Light and Dark themes, turn on “Night Shift,” or disable “True Tone.”

If you’re unfamiliar with these settings, “Night Shift” limits your exposure to blue light to help you fall asleep. “True Tone” automatically matches the white balance of your display to the ambient white balance in your environment.

Is your iPhone’s flashlight dazzlingly bright? You can long-press the Flashlight shortcut to adjust this. Lower values are less jarring in the dark, and also consume less power.

Launch the Camera in a Specific Mode

Tap the Camera shortcut to launch the regular photo mode. If you long-press it, though, you can opt to open the camera app as “ready to shoot” in one of the following modes:

After you add the Home shortcut, you can tap it to see a list of your favorite HomeKit enabled devices. You can also tap media devices, like HomePods, to start or stop playback, or long-press a device to see more options. 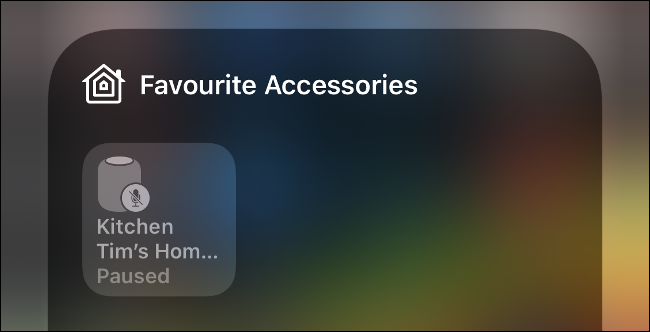 For HomeKit devices to appear here, you have to mark them as a favorite in the Home app.

Experiment with your Control Center shortcuts. Long-press them and see what pops up. Some of our favorites include:

Most of these shortcuts are available directly from the iPhone or iPad Home screen, too. Try long-pressing your Settings app, the App Store, or third-party apps, like Facebook, and see what options you get.

If you get in the happen of using these functions, they can save you a lot of time!