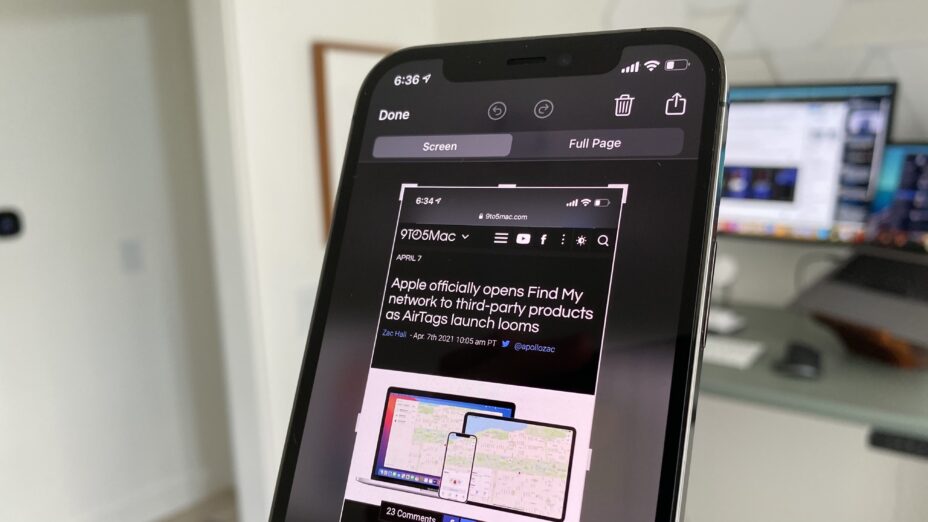 iOS offers long screenshots as a native feature that can capture a long page or section by automatically scrolling until the end. It takes a page-by-page screenshot and then stitches them together. You can then further edit or convert it to any other format using the built-in tool. Follow the steps below to learn how to take a scrolling screenshot quickly on your iPhone.

Step 1: Press the Volume Up + Side button on iPhones with Face ID or the Side + Home button on Touch ID devices simultaneously to take a screenshot. Then tap on the screenshot preview that appears on the bottom left corner. It would help if you were quick to do it, as the preview will disappear automatically after a few seconds.

Step 2: In the screenshot editor, choose the Full Page tab right next to the Screen tab. After that, iPhone will capture the entire screen and offer you a preview. This option will only show up when you are using Safari or browsing a long PDF.

READ MORE:  How to Fix iPhone Speaker That is Not Working