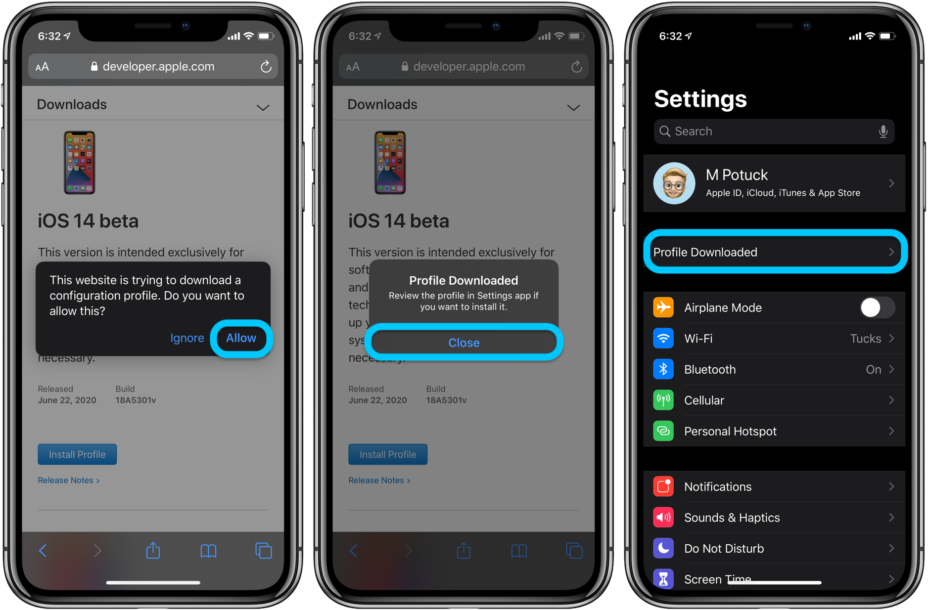 Remember that since this is still a beta we are talking about, you are likely to run into some issues and bugs. Apple will continue to release new beta builds of iPadOS 14 over the coming few weeks and months that should fix most of the bugs.

READ MORE: iOS 14 Public Beta 2 Released, Here’s Everything You Need To Get Started

iPadOS 14 will run on the same set of iPads as iPadOS 13. Apple has not dropped support for any of the older iPads with the iPadOS 14 release.

READ MORE:  How to Prepare Your iPhone for iOS 14 Release

Before you install the public beta on your iPad, do read about all the new iPadOS 14 features.

Step 2: From the page that opens, select the OS whose beta program you want to join. You will need to select iPadOS here.

Step 3: On your iPad, head over to Apple’s public beta site and log in with the same Apple account.

Step 4: Go to the iPadOS tab and then select the Download profile option. You should be prompted to download the profile for which you will need to tap ‘Allow’ in Safari.

Step 5: With the profile downloaded, go to the Settings app. You should see a Profile Downloaded option. If you do not see the option, just go to Settings -> General -> Profile.

Step 6: Tap on it and from the pop-up that comes up, tap on Install, and proceed to confirm this by entering your iPhone’s passcode. You will have to tap on Install two more times after this after which the public beta profile will be finally installed on your iPhone.

READ MORE: How to Install iOS 14 Public Beta on iPhone

Step 7: Now that you have the iPadOS public beta profile installed on your iPad, go to Settings -> General -> Software Update and tap on Download and Install.

If the public beta does not show up for download, restart your iPad and then look for a software update again. Once the update is available, proceed to download and install it as you would do with any other regular iOS update.

You will automatically get an OTA update for all future beta releases of iPadOS 14 from Apple. Make sure to report all bugs that you encounter to Apple so that they can be fixed in future releases of the OS.

To go back to iPadOS 13, you will have to restore the backup that you created prior to installing the iPadOS 14 beta.