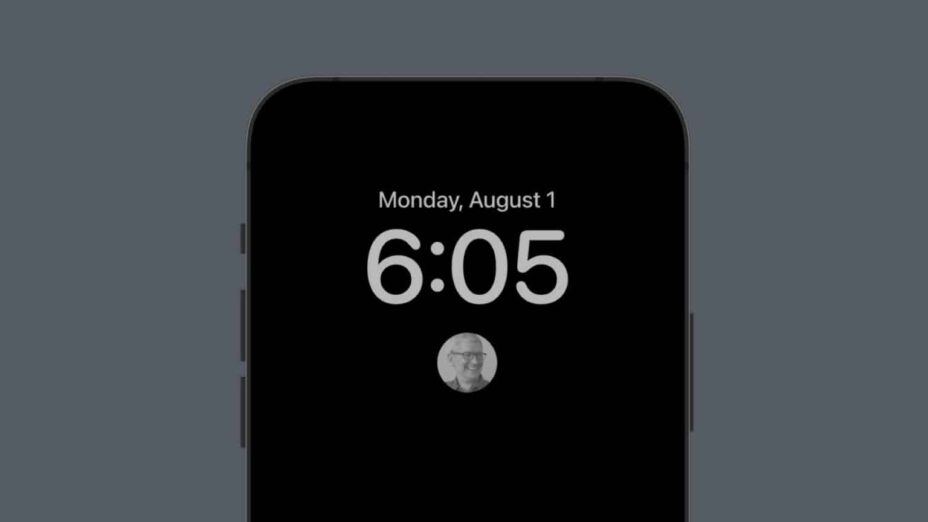 The feature was first spotted by the iOS developer, rhogelleim. As seen in the screenshot attached above, the latest Xcode 14 beta includes an example of what an Always on Display may look like for the iPhone. When activated, the iPhone will appear to darken and gray out the Lock Screen elements. The developer notes that the Tim Cook image is in full color, but the always-on feature removes all of the colors from the image.

A preview of the rumored iPhone 14 Pro ‘Always on Display’ feature might have been leaked by Xcode 14 beta 4 Simulator. Attached are the first two frames of a video of waking the sim. The first image (Always on Display mode) removes texture from the whale image in the widget 🧵 https://t.co/YDsTmuHotb pic.twitter.com/jPYDGh7m6k

MacRumors contributor Steve Moser was then able to mimic the same behavior in his own testing. In addition to removing all the colors from the image, Moser says that iOS will also remove all the textures from a widget when the feature is enabled. Notice (in the image given above) how iOS removes the texture from the whale image in the widget section.

In addition to the always-on mode, a lot of features, including the faster A16 Bionic chip, ‘punch-hole + pill’ shaped notch, better imaging systems, and faster RAM, will exclusively be available on iPhone 14 Pro models. What are your thoughts on Apple finally adding an always-on mode to the iPhone? Let us know in the comments section below!