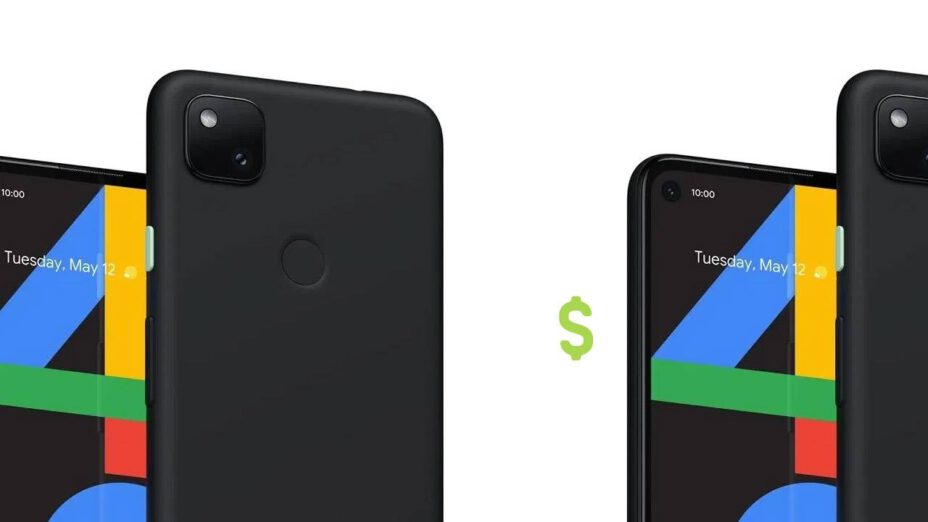 Google today launched its mid-range Pixel 4a to take on Apple’s 2020 iPhone SE and other mid-range Android smartphones. At first glance, the Pixel 4a does look like an impressive mid-ranger from Google. If you are wondering how the Pixel 4a compares to the new iPhone SE, read our comparison below.

While the Pixel 4a and the 2020 iPhone SE are priced very similarly — $349 vs $399, both companies have taken a very different approach with their mid-ranger and made compromises in different areas. Depending on what you value more, only one device is right for you though. If you are confused as to which device is right for you, the Pixel 4a or the 2020 iPhone SE, read our comparison below.

The 2020 iPhone SE is also more compact because it has a smaller 4.7-inch display at the front. However, the plastic unibody design of the Pixel 4a makes it more reliable and sturdy, and it also makes up for the lack of its inferior build quality by featuring a bigger 5.81-inch OLED display with a greater screen-to-body ratio. The Pixel 4a has a fingerprint scanner located at the rear, while the iPhone SE has a physical home button at the front with a fingerprint scanner integrated into it.

READ MORE:  Google Finally Launches Pixel 4a to Take on the iPhone SE

The iPhone SE’s feels outdated as its nothing but a rehash of the iPhone 8 design language which Apple had first debuted in 2017. The Pixel 4a is not going to win any design awards either but it does look more modern than the iPhone SE. For some strange reason though, the Pixel 4a is only available in a single color (black).

Another area where the Pixel 4a trumps the 2020 iPhone SE. While Apple’s offering features an IPS LCD panel, the Pixel 4a not only features a bigger but a higher resolution OLED panel as well. Being an OLED display, the Pixel 4a is also able to offer Always-on Display which the iPhone SE misses out of on.

Adding insult to injury, the Pixel 4a features a better screen-to-body ratio that gives it a far more modern look than the iPhone SE which has chunky bezels at the front.

If there’s one area where the 2020 iPhone SE absolutely trumps the Pixel 4a, its in the performance department. The iPhone SE uses the same A13 Bionic chip that’s found inside the iPhone 11 series which is an absolute performance monster. In comparison, the Snapdragon 730 inside the Pixel 4a is strictly a mid-range chip that is nowhere near close to the A13 Bionic in terms of performance. The performance gap might not be that understandable right now, but it will play an important role in the long run as it will allow Apple to update the iPhone SE for a longer period of time.

The iPhone SE offers more connectivity options than the Pixel 4a, including faster LTE download speeds and better Wi-Fi connectivity. A better LTE modem might not seem like a major difference on paper but it ends up having a huge impact on real-life usage. The only saving grace for the Pixel 4a here is that it features a 3.5mm jack which the iPhone SE misses out on.

It is a close call in the camera department between the two devices. Both phones feature a single shooter at the rear with similar specs, with the differences boiling down to their image processing. The Pixel 4a does have Google’s famed Night Sight mode so it can take some outstanding low-light photos. The iPhone SE misses out on a dedicated Night mode so its low-light performance is not as good.

In terms of video recording though, the iPhone SE is in a league of its own and the Pixel 4a simply cannot match its competition here.

READ MORE: Google Finally Launches Pixel 4a to Take on the iPhone SE

READ MORE:  Facebook Declared the Worst Company of 2021 of Survey

The Pixel 4a has a battery that’s bigger than 50 percent than the one found inside the iPhone SE. Despite all of Apple’s optimizations, the 2020 iPhone SE can last for around day of moderate use. Anything more and you will have to charge the device during the middle of the day. The Pixel 4a should also offer battery life in the same region as well — good enough for a day of moderate usage. While both Pixel 4a and iPhone SE support fast wired charging, Google actually bundles the 18W USB-C adapter with the device while Apple ships a paltry 5W charger with the iPhone. The latter does have one advantage, it has wireless charging which the Pixel misses out on. Wireless charging is a great way to top up your smartphone’s battery while you are working or while driving your car.

In many ways, the Pixel 4a offers more bang for the buck with its $349 price tag. The iPhone SE costs only $50 more but it comes with only 64GB storage. A bump to 128GB storage increases the price of the device to $449. While that’s $100 more in the short term, the 2020 iPhone SE will pay for it in the long run with its better performance and longer software support. iPhones also tend to have better resale value than Pixels so you can get at least $100 from the device when you sell it three years from now which won’t be possible with the Pixel.