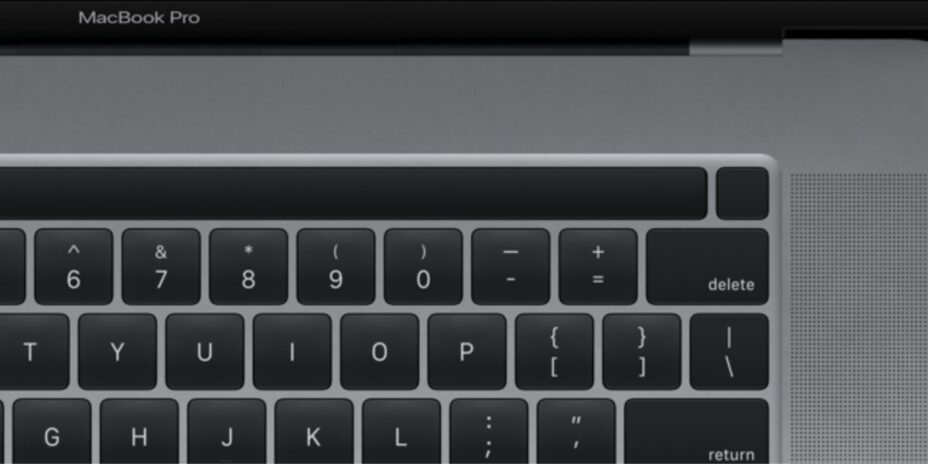 Apple was under a huge controversy related to the durability and reliability of butterfly-switch keyboards that it used in MacBooks for a few years. The company had to switch to newer keyboard switches as it couldn’t solve the issue even after multiple iterations. Now, a patent reveals that the Cupertino-based brand is hard at work to make more durable keyboards for its computers.

According to a patent that was filed by Apple with the USPTO (United States Patent and Trademark Office) in May 2019, the company has developed an idea to improve the durability of the keyboard. The company proposes an idea to use keycaps made out of transparent glass material and glyphs that are printed towards the bottom of the keycap rather than at the top.

A glyph that’s printed at the bottom of a keycap ensures that it doesn’t wear off after extended usage over the years. Moreover, the patent talks about using a light-blocking material to define glyphs and legends so that a backlight can be used behind them to light up the keys on the keyboard. Apple also suggests using a dual-color or RGB LEDs for backlighting that can change the brightness and the color of a larger proportion of a keycap (and even the entire middle layer) aside from the glyph.

Apple’s idea of making a longer-lasting keyboard is quite unique in terms of backlighting as well. While other keyboards light up the glyph and block the light with the rest of the key, Apple’s patent suggests blocking light using the glyph and using the backlight to light up the rest of the key area. This ensures that using keys extensively doesn’t end up wearing off the glyph.

The company has already filed several patents for improved keyboards, including the use of true-tone backlighting under the keys and using colored backlight for user feedback. It wouldn’t be too hard to think that someday we might get to see Macs and MacBooks that use this technology inside keyboards that are more durable and reliable than Apple’s current-generation keys.

The techniques mentioned in Apple’s patent is not hard to implement, and it’s quite logical. Almost all the keys that we see on backlit keyboards today have glyphs defined on the top of the key.

Some keyboards use double-shot PBT keycaps that use two separate layers of Polybutylene Terephthalate, of which, the outer layer blocks the light, while the inner layer passes the backlight. And the two layers are shaped in such a way that they affix into each other to form the shape of a glyph. Even this arrangement wears after a few years of use.

Apple’s idea of printing a glyph at the bottom of a key means that a user would have to use the keys for so long that the entire glass keycap chips off to reach its bottom. Only then would the key become unusable, and even doing that would take a lot of effort as the key would be made from glass material, which doesn’t wear off as easily as plastic does.

However, there’s one downside of this idea, though. Such a keyboard would be quite heavy, which would increase the weight of the entire MacBook. And it would be costly to make such a keyboard.