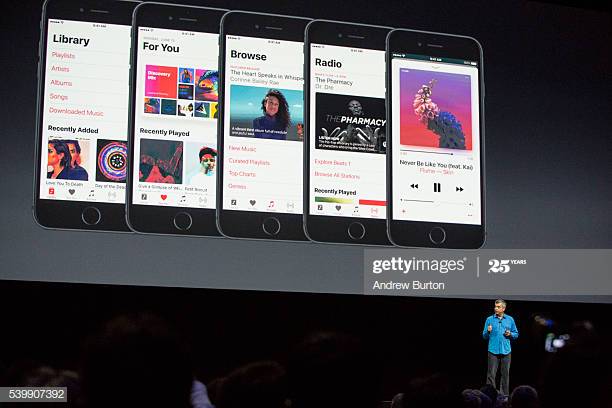 Apple has opened up its smartphone walled garden a bit with iOS 14, allowing people to place widgets alongside apps, hide home screen pages, play videos outside of apps via PiP, and offering SMS filtering. It even started allowing users to set third-party email and web browser apps as system defaults, but the company is going slow. But that might change in the future versions of iOS.

In a podcast with Marques Brownlee, Apple’s Senior Vice President of Software Engineering, Craig Federighi talked through iOS 14, iPadOS 14, and macOS Big Sur. During the podcast, he explained why Apple is offering the option to place widgets side by side with apps but not offering the same feature on iPadOS 14. He also talked about why the company is going slow to allow third-party apps to be set as system defaults.

iOS 14 currently limits users to set their preferred third-party email and web browser apps as system defaults. However, the company is still not allowing iPhone users to select third-party alternatives for Calendar, Contacts, Messages, and other app types. Craig implied during the podcast that this limitation was because Apple wants to vet all apps thoroughly that make into the list manually.

All third-party email and web browser apps that are allowed to be set as system defaults need Apple’s prior approval. The company wants to prevent abuse, like a random game that includes WebKit capabilities just for the visibility that it would achieve. It appears that the company wants to open up more types of stock apps to be replaced by third-party ones in the future, but it is treading cautiously.

Craig also revealed that Apple had coded two designs for Siri, one that allows people to scroll behind Siri and one that doesn’t. The current developer beta of iOS 14 is using the interface that doesn’t allow people to interact with UI elements when Siri is being used. However, he said that Apple is open to suggestions and feedback.

He also countered the criticism from people about Apple dumbing down macOS into something like iPadOS. Craig said that people should reserve their judgment until after they’ve used macOS Big Sur for some time. Don’t forget to check out the 100+ new iOS 14 features for iPhone that we have discovered so far.

TAKE NOTE: Apple always takes a reserved approach when it comes to introducing UI customization and groundbreaking new features. Since the company has started to take user data security and privacy more seriously than ever, it is expected for the company not to open up suddenly. And that’s the right approach, if you ask us, as allowing third-party apps to access sensitive data such as call logs and messages could cause some severe damage if apps are not vetted properly.