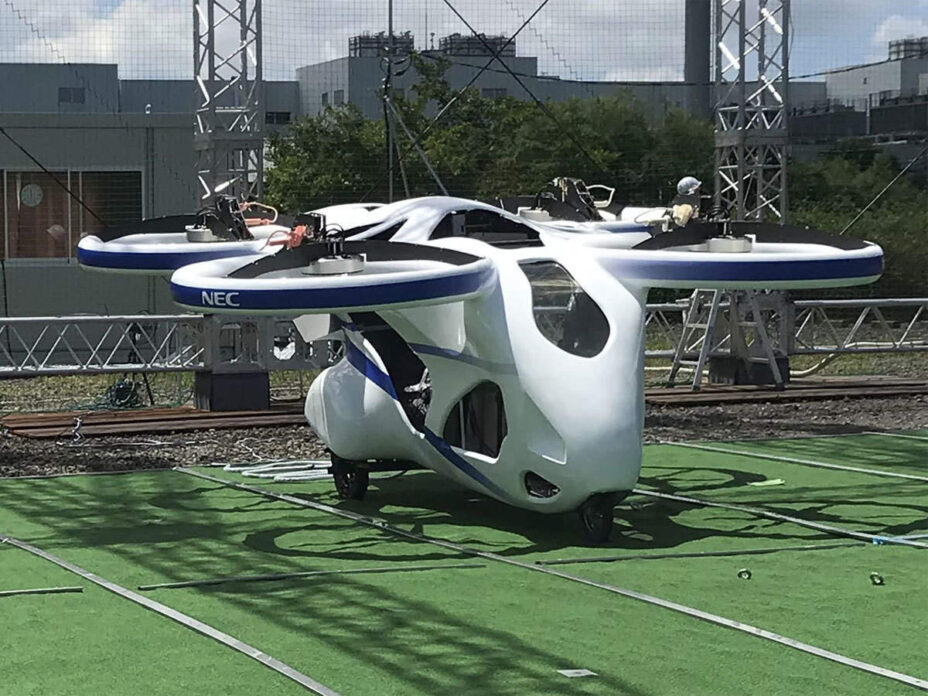 A sports car capable of switching from road vehicle to aircraft in only three minutes has successfully flown 1,500 ft (460 m) in the air of Slovakia during a test flight, according to a video from the developers shared on YouTube.

Explosive footage of the AirCar — which the Slovakian firm KleinVision developed — shows the vehicle driving to a runway before halting to deploy its wings, with which it soared majestically into the open sky.

As the fifth prototype of the flying car, developers say it could be perfect for leisure and self-driving adventures — and perhaps even as a commercial taxi service.

No details on price were revealed for the futuristic vehicle — but as of writing it can go roughly 620 miles (1,000 km) in one shot, and might be seen in the air and on public roads starting next year.

We can’t emphasize this enough: the public might see flying cars sweeping through the air in 2021.

The developers claim the vehicle carried out two 1,500-ft (460-m) flight tests above Piestany Airport in Slovakia this week — edging closer to the reality of commercial flight.

Professor Stefan Klein designed the vehicle — which needed a light but strong design balance to master both the sky and the road, reports Daily Mail.

The AirCar’s wings unfurl to slice through the air with help from the single propeller at the rear of the vehicle. While on the road, the wings fold up, taking up no more space than a normal parking lot.

“The cockpit providing space for the driver/pilot and a passenger is very roomy and nicely styled,” added Sarh. “The overall appearance of the flying car on the road and in the air is superb.”

Flying car could go for sale May 2021

The AirCar was designed to let any pilot maintain control and stability — cutting out the middle-man of specialist trainers.

“The key flight parameters confirmed all theoretical concepts and calculations that the development of the AirCar was based on,” said Klein.

Once all legally-necessary flight tests are finished, the team wants to retrofit the craft with a more powerful engine, aiming for first sales within six months — which means a tentative market entrance date of May 2021.

Notably, the company already found a buyer who wants to purchase one of the AirCars, once it’s passed all the tests it needs to fly — and drive, presumably.

“With AirCar you will arrive at your destination without the hassle of getting a ride to airport and passing through commercial security,” said the company’s co-founder Anton Zajac. “You can drive your AirCar to the golf course, the office, the mall or your hotel and park it in a normal parking space.”

It’s difficult for sci-fi film enthusiasts to hold still at the idea of a flying car dropping into their streets. While we don’t have the time-traveling DeLorean of our dreams, the AirCar is an intoxicating substitute, and worth fighting for.

READ MORE:  If 5G poses health risks, why is it being released?