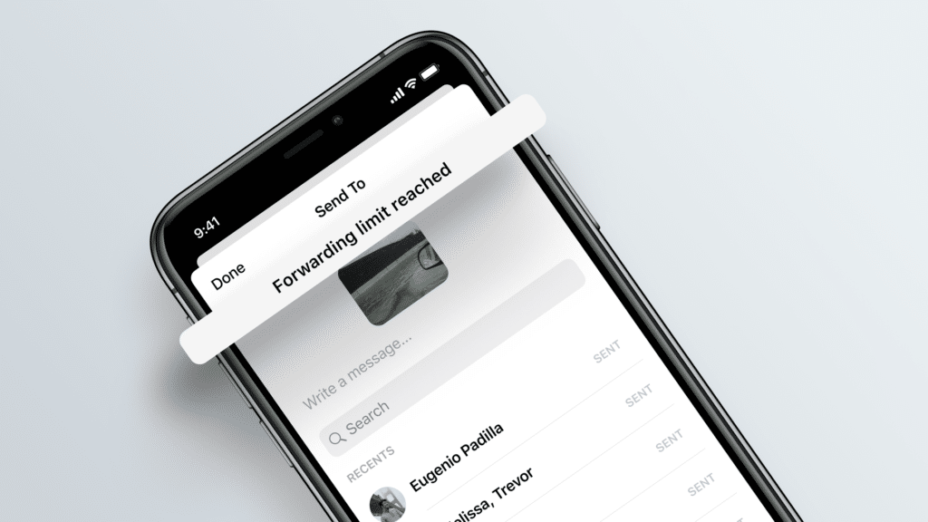 In an effort to reduce the spread of viral misinformation and curb the circulation of fake news through the messaging platform, Facebook Messenger has added a forwarding limit to let users forward messages only to five people or groups at a time. In 2018, Facebook brought a similar forwarding limit to WhatsApp in India, expanded to global markets in January last year. Meanwhile, in April, WhatsApp narrowed down the limit of frequently forwarded messages to one chat at a time. The Messenger app also recently added new privacy features, including the ability to lock the app on iOS devices.

As a part of our ongoing efforts to provide people with a safer, more private messaging experience, today we’re introducing a forwarding limit on Messenger, so messages can only be forwarded to five people or groups at a time. Limiting forwarding is an effective way to slow the spread of viral misinformation and harmful content that has the potential to cause real-world harm.

Once the feature rolls out, you will not be able to forward messages to more than five people or groups in a single go. If you try to forward the message to more than five people, then you will get a notification that says “forwarding limit reached.” The feature was being tested for quite some time and is now rolling out on Messenger. Facebook is rolling out the feature in a phased manner, and it might take some time to be available for all the users. As of now, there is no limit on Facebook Messenger when it comes to forwarding messages.

READ MORE:  Leaker Reiterates iPhone 12 Will Not Ship with EarPods and Power Adapter in Retail Box