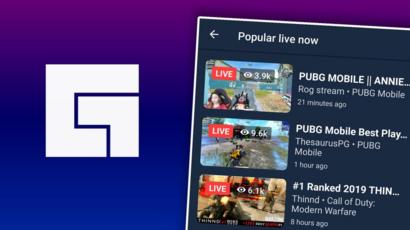 Facebook is now criticizing Apple for its App Store policies after Microsoft has done it own. The social networking giant has launched its Facebook Gaming app for iOS today albeit without the mini games feature to ensure the app adheres to the App Store regulations.

The Facebook Gaming app will allow users to watch streamers play games right from their iPhone or iPad. Facebook had also included a mini games feature in the app but had to remove it as Apple was otherwise rejecting it. The feature is present in the Android version of the app though.

“Unfortunately, we had to remove gameplay functionality entirely in order to get Apple’s approval on the standalone Facebook Gaming app — meaning iOS users have an inferior experience to those using Android,” said Sheryl Sandberg, Facebook’s chief operating officer in a press statement given to The Verge. “We’re staying focused on building communities for the more than 380 million people who play games on Facebook every month — whether Apple allows it in a standalone app or not.”

Apple had rejected Facebook’s gaming app multiple times in recent months citing the App Store guideline 4.7 and claiming that the primary purposes of the app was to play games. Facebook did not agree with Apple’s decision and even shared the data from its Android app which showed that 95 percent of users were using the app for watching streams, but Apple did not budge. Facebook even tried Apple’s new appeal process which the company had announced back at WWDC 2020 this year but did not receive a response.

In a statement to The Verge, Facebook says that it has faced such issues with the main Facebook app and Messenger app for iOS as well. Due to Apple’s behavior, the company has been forced to “buy Instant Games for years on iOS.”

Facebook’s criticism comes within hours of Microsoft announcing that it is shutting down xCloud for iOS due to the App Store regulations. On its part, Apple says that it is not possible for it to individually review each game such cloud-based gaming services offer which is why it is against them. However, given the push behind cloud gaming services, it is time for Apple to reassess the App Store guidelines and revise them accordingly.

Do you think Apple needs to work on revising the App Store policies so that apps like Facebook Gaming, Google Stadia, and Microsoft xCloud could be available on the App Store? Drop a comment and let us know!