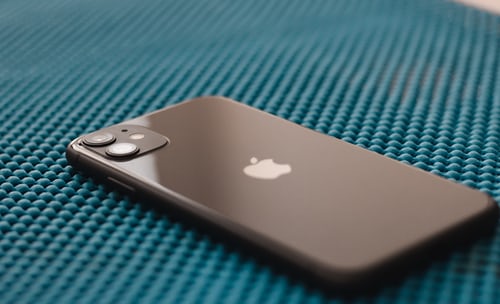 iOS 13 is a massive release that packs tons of new features and enhancements. It is easily the biggest update that iOS has received in the last few years.

With iOS 13, Apple has added a number of much-requested features from iPhone users along with some new ones aimed at making the overall experience better. Apple even branched out iPadOS 13 from iOS 13 so that it is able to offer more device-specific features without creating too much confusion among users.

iOS 13 comes with a plethora of new features and enhancements. Below are the best iOS 13 features for iPhone:

iOS 13 adds a native system-wide Dark mode to the OS. The theme has been beautifully executed by Apple and looks stunning on iPhones with OLED displays like the iPhone X and iPhone XS. Apart from looking good, the Dark mode will also help improve the battery life on OLED iPhones.

Users have the option of manually enabling Dark mode or setting up a custom schedule. They can even set Dark mode to trigger automatically depending on the sunrise/sunset schedule.

iOS 13 introduces a brand new Reminders app which is not only more functional but also smarter. With natural language input support, one can simply type in their reminder and the app will automatically figure out the time, day, location, and the reminder part automatically

Apple Maps is also getting a big upgrade as a part of iOS 13. Apart from improved and more detailed Maps data, it is also getting a Look Around which is Apple’s take on Street View and shows street-level imagery. Apple expects to roll out Look Around to the entirety of the United States and a few other popular cities across the world by the end of this year.

Apple is going to launch its own SSO solution with iOS 13. Called ‘Sign In with Apple,’ the company’s approach is focused on privacy and security. Sign In with Apple will allow users to sign in to third-party apps without sharing their email ID, phone number, or any other personal detail.

Apple is promising faster app launch times with iOS 13 along with smaller app sizes. The company claims that app opening times under iOS 13 will be 2x fast, while app downloads and app updates will be about 50% and 60% smaller, respectively.

iOS 13 brings a more powerful and advanced photo editor and introduces a video editor as well. The new Photo editor gains control for highlights, variance, and an easier to use UI. As for the video editor, it allows one to crop, rotate, or add filters to their video.

Safari in iOS 13 gains a download manager which means one can download any type of file on their device. Safari also gains a new start page which provides one with quick access to their favorites, frequently visited, and recently visited websites.

Share sheet in iOS 13 has one tap suggestions for sharing a photo or document with some who is in the photo. There’s a new actions bar that comes up based on the content.

The new Volume HUD appears in the top-left corner of the screen in an unintrusive manner. It first shows up as a full sized slide. But it immediately shrinks and becomes unintrusive.

Additionally, iOS 13 makes Memoji more customizable and allows them to be used as stickers in third-party apps like WhatsApp, Telegram, and more.

Which iPhones Will Get iOS 13?

Given the sheer number of features and changes that iOS 13 brings, it is not surprising to see that it drops support for a number of devices as well. While iOS 12 supported the iPhone 5s, iOS 13 drops support for not only the 4-inch iPhone but also the massively popular iPhone 6 and iPhone 6 Plus.

This means you need a minimum of iPhone 6s or higher to be able to enjoy iOS 13.

Below are the iPhones that support iOS 13:

All the New Features And Changes in iOS 13.5 for iPhone

Apple could launch a completely Portless iPhone in 2021

Like any major iOS software update, users have reported several issues with iOS 13. Apple has released several updates to fix bugs in iOS 13.