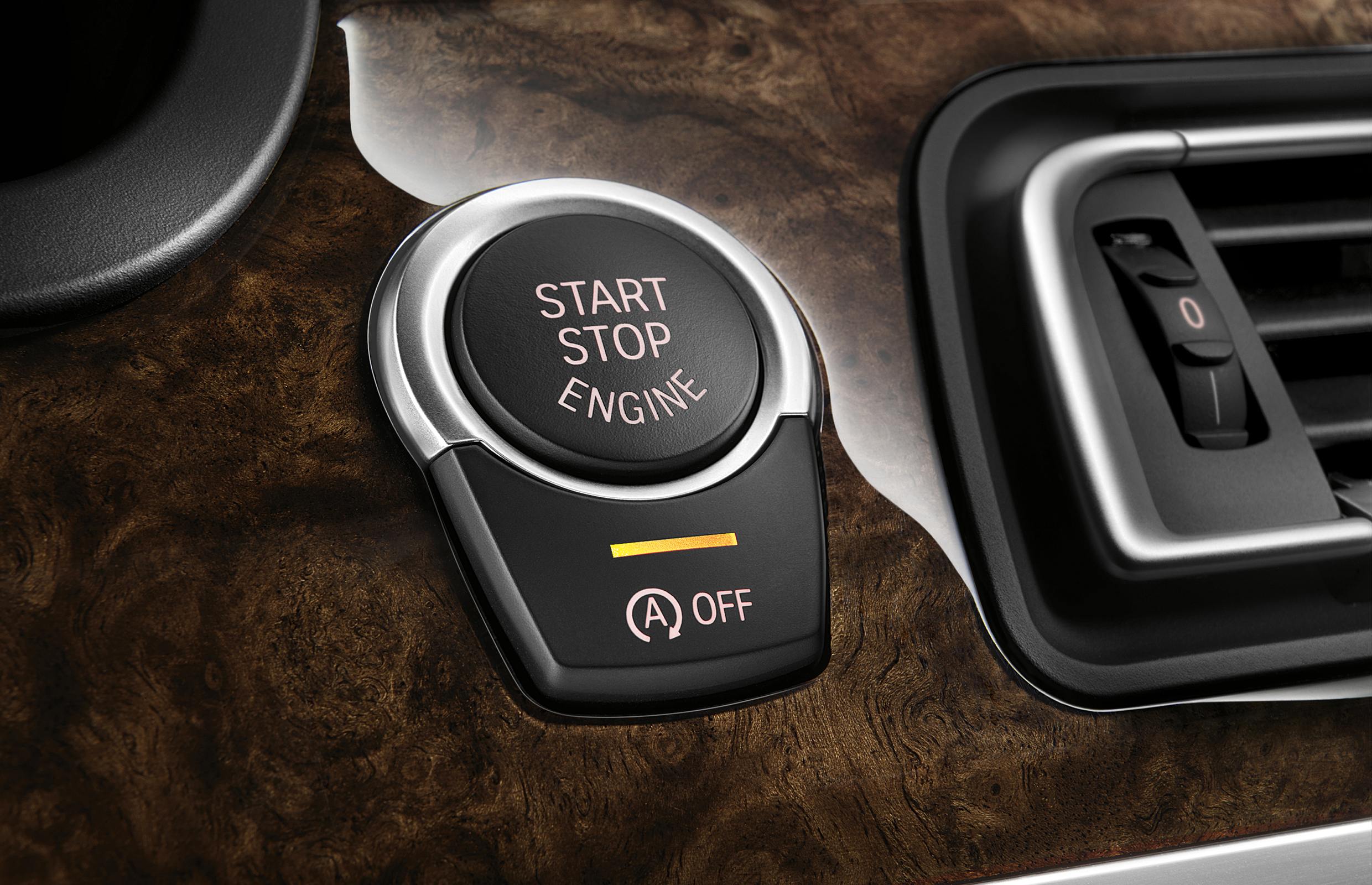 It is an obvious fact that many people will tell you what they like and don’t like about stop-start systems. But, does stop-start damage your engine?

Many writers will tell you how stop-start is all about carmakers gaming the system in lab-based fuel economy tests, and to some extent it is, but there’s more to stop-start than that.

What’s the history of stop-start?

It was the 1980s, an age of big hair, great movies (Highlander, Ghost Busters, Top Gun, Indiana Jones, Star Wars…) and innovation in cars. Long before some ‘rogue’ Volkswagen engineers decided to game the system in California and cause ‘dieselgate’, some Volkswagen engineers invented stop-start.

Or, at least, it was Volkswagen that first applied the idea to production vehicles. Stop-start was a suite of technologies the brand launched under its Formel E (Formula E) brand. Think of it as BlueMotion before BlueMotion. Under Formel E, the relevant Passat, Polo and Golf (be it petrol or diesel) would be fitted with aerodynamic bits and bobs, tweaked transmissions which featured a tall top gear, (called an e gear) for fuel saving while running at a constant speed on the highway. The Formel E kit also included a gear shift indicator which via a yellow light on the instrument panel would advise when to shift up a gear for maximum efficiency.

But the main piece of kit was stop-start which you would activate by pressing a button on the dash and then pressing it again to turn the engine back on, or when you slotted first gear in a manual car.

Unfortunately, stop-start didn’t catch on. Not in the 1980s, anyway. It reappeared in the 1990s in hybrid cars and wasn’t until 2013 that it really became a thing in cars. Yes, really.

Read This: 7 Essential Factors to Consider Before Applying For a Car Loan

So, what is stop-start?

Once the vehicle is stationary the engine is killed until the driver either dips the clutch and slots a gear (on a manual vehicle; to activate it the driver needs to put the transmission into neutral) or you come off the accelerator pedal and onto the brake and stop the car (on a vehicle with an automatic transmission). In most applications, the stop-start defaults to on but it can usually be deactivated via a button on the dashboard; although it will switch back on every time the car is turned off and on again with the key. The thinking behind it is that it saves fuel and emissions that might otherwise be generated while the vehicle is idling away at a set of traffic lights.

It’s worth remembering here that stop-start will only work when conditions are ‘just right’, meaning, if it’s too cold or too hot and the HVAC is working overtime to keep your warm or cool then the stop-start will switch off the engine but then a split-second later turn it back on again to prevent the battery from being overloaded. And it’s rare, even when conditions are right, that a stop-start system will keep your vehicle’s engine switched off for more than 90 seconds.

Does stop-start cause premature wear and tear?

The widespread application of stop-start has only been possible because of improvements in things like battery technology, bearings, oils and control systems in vehicles. See, asking an engine to stop and then start again places strains on components. Indeed, if you took a starter motor from the 1990s and looked at one from today, the modern starter would be much stronger capable of handling up to 500,000 cycles in its ‘lifetime’ – the older starter would have only been designed to handle around 50,000 start cycles. All sorts of things are different, from the type of bearings used, to the long-life brushes, the way the solenoid works, the wiring (beefed up). The aim is to make it easier for the starter motor to do its job.

The same with the battery which is now a much stronger thing than it was in the 1990s, and that’s because when the engine’s stopped, but we still want to keep our lights on and listen to music and run the heating or cooling, and then start the engine when the lights turn green. Beyond a beefed-up battery and wiring harness, some system utilise a separate battery for restarting the engine while the main battery worries about everything else, and some use a capacitor that stores a charge to jolt the starter motor. And then there’s slicker, stickier engine oil that will stay on the moving parts when the engine is stopped for longer, and bearings which are now slipperier via lubrication but also in construction.

READ MORE:  3 Things to do if You Lock Your Keys in the Car

Does stop-start save you money or fuel?

Well, this is the question that generally send the internet into meltdown. It’s a personal thing, I think. For me, stop-start saves me maybe a couple of cents worth of fuel a week, but that’s simply because of the driving I do. Long stints between stops. But, if you’re in stop-start traffic then it’ll be more active and save you a little more than it does me.

It does mean there are less tailpipe emissions, but when you consider the vehicle will only stop itself for a maximum of up to 90 seconds in best-case scenarios then the overall saving can be measured in cents and a fistful of dollars only over time, rather than hundreds and thousands of dollars.

In terms of fuel, the savings will be about the same… it’s a tiny bit here and a tiny bit there. And while some will suggest that’s a good enough reason to switch off stop-start, I’d argue that the ability to save every bit of dead dinosaur essence you can is worth it.

Is the point of stop-start to save money and fuel or allow car makers to make a better fuel economy claim?

Well, this depends on who you listen to. Yes, the idea behind it is to save money and fuel, but some argue it’s so that car makers can game the system; meaning, when it comes to the lab based fuel consumption test. You can read more about how that works HERE, but in a nutshell a car is plonked onto a rolling road and run for around 20 minutes in two blocks of 10 minutes. A large chunk of that simulation is intended to recreate stop-start running and so some argue that those with a stop-start system gives an advantage to those that don’t. But that’s only sort of correct. See, most, if not all new cars now come with stop-start as standard, especially in the most competitive segments, and because stop-start will only idle-stop the car for a maximum of around 90 seconds the advantage would be minimal.

READ MORE:  5 Engine Misfire Symptoms And How to Correct the Problems

Read This: 5 Engine Misfire Symptoms And How to Correct the Problems

The usability of stop-start…

It used to be that these systems were very rough. Indeed, they were so rough that in the US, people complained about the BMW 3 Series when stop-start was first introduced on it that it was recalled and the system redesigned. And I’ve driven vehicles where you can take your foot off the brake and count to three before the thing fires back into life.

Stop-start systems, be they on a petrol or diesel vehicle, are, generally speaking, so smooth you’ll barely notice when the thing’s shutdown and, by the time your foot has come off the brake pedal the car has started again and you’re off and running. Some systems even respond to a jink of the steering wheel. Or there are those that are clever enough to determine when you’ve slowed down almost to a complete stop but have changed your mind and jumped back onto the throttle again… even though the system has started its stop cycle, it’s able to cancel that in a split second based on your throttle application and keep you moving; Subaru’s stop-start system does this very well, for example.

Stop-start is a clever system which while it won’t save you huge amounts of fuel or money isn’t necessarily a bad thing, because every little bit helps, right. But, if you’re one of these people that absolutely abhors stop-start then you can, in most cases, just turn it off – Just remember you’ll have to do this every time you get in your car because the default is for it to be active.