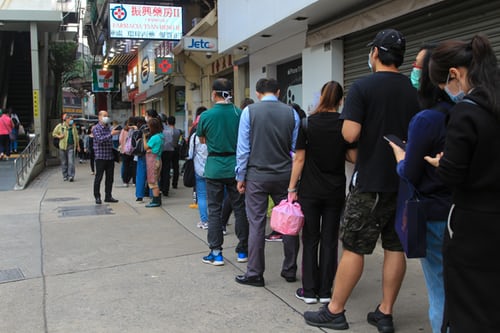 The coronavirus crisis means a huge downturn in economic activity. A few sectors are growing, as people use more technology and swap to bigger supermarket shops, but most organisations of all shapes and sizes are taking a massive hit. We seem to be heading inevitably into a deep global recession.

Sadly, if you leave education in such a period, you can face lifelong penalties. The impact tends to be twofold: the likelihood of finding and keeping a job; and how much you earn.

Longitudinal research on Britons born in March 1958 who entered the workforce in the late 1970s and early 1980s has found long-term negative effects from unemployment – including “a scar from early unemployment in the magnitude of 12 per cent to 15 per cent at age 42”.

In a summary of the available evidence, the Economic and Social Research Council confirmed that the “class of 81” “continued to feel the impact of the deep recession that coincided with their entry into the labour market”.

More recent work on the 2008-09 recession found a “crisis cohort” who “continued to face higher unemployment, lower pay and worse job prospects up to a decade later, compared [with] other young people entering work before or after the downturn”.

The effect is not just on labour market status. There are knock-on effects, for example on mental health. It has been known since at least the Great Depression of the 1930s that unemployment brings a household other challenges beyond financial problems.

So this summer’s school-leavers won’t just suffer from not having leaving proms and not being able to take their exams properly. When people with jobs are lucky to have them, those who try to make it in the labour market find it harder than ever to secure any job.

Many people assume that student numbers will fall in response to the current problems, but recessions tend to mean that people want more education because the alternatives – underemployment or unemployment – are worse, and having more skills can protect you against the economic chill winds.

So while international student numbers may be sharply down, a greater proportion of domestic school-leavers than ever before may try to enrol in higher education. Here, as in many countries, there are fewer 18-year-olds than there have been for many years, so anyone likely to benefit will find a place.

Just before the crisis really took off, the UK’s Office for Budget Responsibility increased its forecasts for new English-domiciled students by 35,000 for 2020, 36,000 for 2021 and a further 35,000 for 2022. That’s over 100,000 additional students in just the next three years. Yet, unless penal sector-wide student number controls are imposed, the official forecasts may need to go up again.

Beyond the focus on this year’s school-leavers, we also need to focus on this summer’s graduates. They too are making a key life transition – although graduation ceremonies are going the same way as school proms.

The Higher Education Policy Institute’s recent report on university careers’ services shows that more support is on offer than in the past for those looking for graduate-level work. It also found that, after 16 years of education, graduates had been expecting to find fulfilling careers. But they too now face unprecedented challenges and a lifelong hit to their careers. The emerging evidence from the Institute of Student Employers, for instance, suggests that businesses are already reducing the number of graduates they intend to recruit.

READ MORE:  Poorest students most at risk in US online learning ‘experiment’

The end result may be a more highly skilled workforce at the end of the current crisis. That would at least be some kind of silver lining around the dark clouds currently facing the higher education sector and, indeed, entire nations.