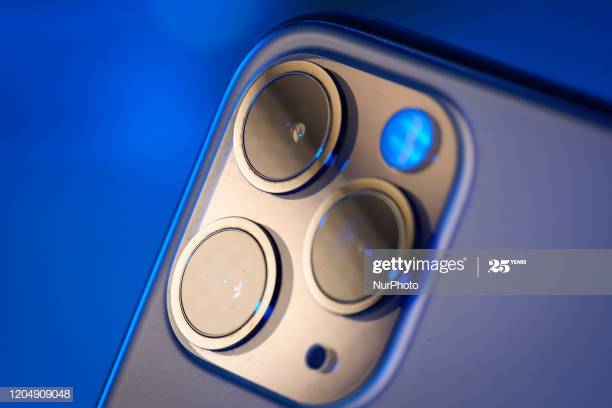 Apple is expected to launch the iPhone 12 series later this year, and it is rumored to bring a new design, screens with smaller notches and a higher refresh rate, improved cameras, and 5G connectivity. Now, a new concept iPhone has been published that shows off the rumored Navy Blue color.

The iPhone 12 series is rumored to be delayed to October, but when it arrives, it is expected to be pretty awesome. Apart from improvements in features and specifications, the upcoming iPhone is expected to bring a new design with flat sides and a brand new color. All these changes have been showcased in this concept video.

The concept is created by ConceptsiPhone, and it is just 35 seconds long. It shows an OLED screen with a smaller notch and a 120Hz refresh rate and the A14 chipset. The video also shows a triple-camera setup (wide, zoom, and ultra-wide) and an additional LiDAR sensor. It also shows how a LiDAR scanner can measure the depth data of nearby objects to create 3D models.