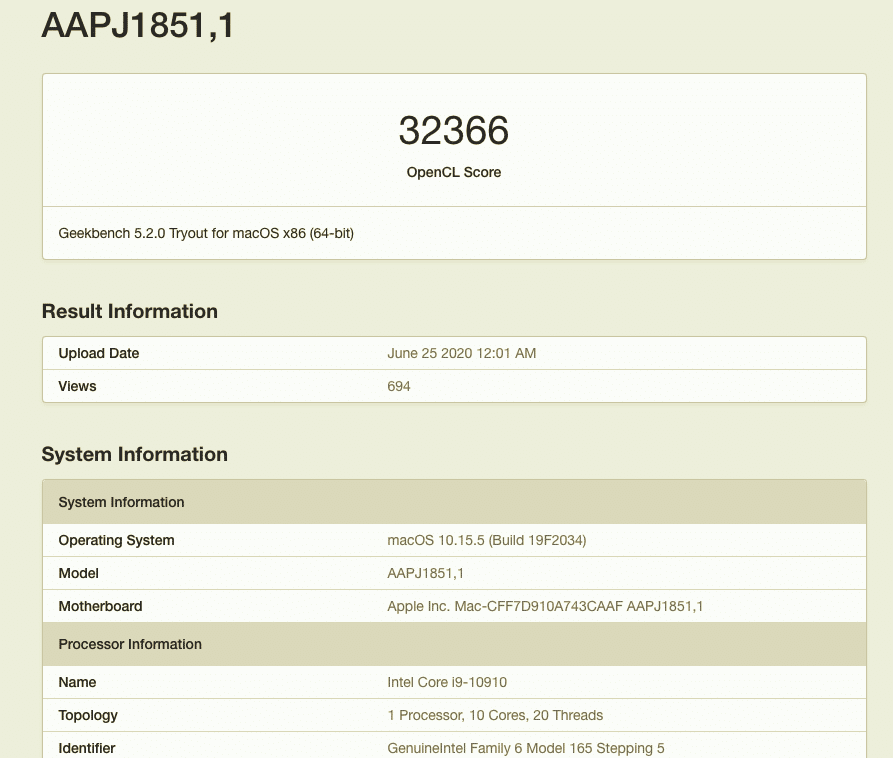 An unannounced iMac powered by a 10th-generation Core i9 Intel Comet Lake-S and AMD Radeon Pro 5300 has surfaced on benchmarks. In all likelihood, the specs are for 2020 iMac that is expected to replace the current generation 27-inch iMac.

The benchmarks reveal Intel 3.6GHz Core i9-10910 chip with 10 cores, 20MB L3 cache, 20 threads, and 4.7GHz Turbo Boost. Intel is said to be working on custom processors for its clients. Needless to say, the processors will be exclusive for Apple and fine-tuned for better characteristics.

On the graphics front, the unreleased iMac comes with AMD Radeon Pro 5,300 graphics card. The AMD Radeon Pro 5300M was released last year and the one in the upcoming iMac seems like a desktop version of the same.