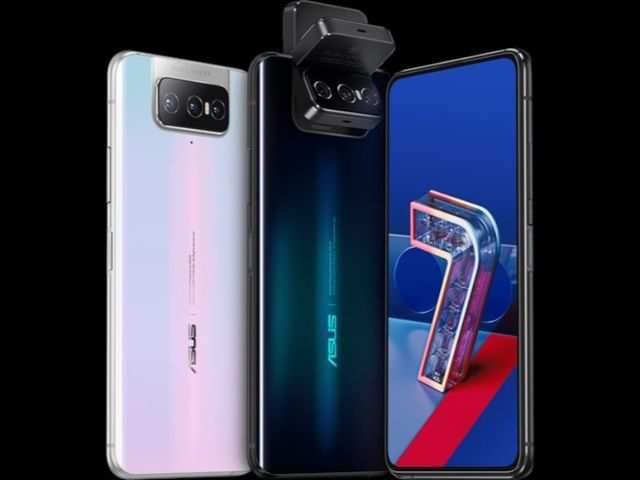 The dual-SIM (Nano) Asus ZenFone 7 runs on Android 10 with ZenUI 7 on top and features a 6.67-inch full-HD+ (1,080×2,400 pixels) AMOLED display with a 20:9 aspect ratio and 90Hz refresh rate. The display also has 700 nits of peak brightness as well as Corning Gorilla Glass 6 protection. Under the hood, the phone has the octa-core Qualcomm Snapdragon 865 SoC, coupled with Adreno 650 GPU and up to 8GB of LPDDR5 RAM. The flip camera of the ZenFone 7 has three distinct sensors that include a 64-megapixel Sony IMX686 primary sensor with an f/1.8 lens, 12-megapixel Sony IMX363 secondary sensor with an ultra-wide-angle f/2.2 lens, and an 8-megapixel tertiary sensor with a telephoto lens that enables 3x optical zoom. There are preloaded features to enable the camera system to capture images from both front and back of the phone. Also, the camera supports both 8K and 4K video recordings.

On the storage front, the Asus ZenFone 7 has a single, 128GB UFS 3.1 onboard storage option that is expandable via microSD card (up to 2TB) through a dedicated slot. Connectivity options include 5G, 4G LTE, Wi-Fi 6, Bluetooth v5.1, GPS/ A-GPS/ NavIC, NFC, and USB Type-C port. There are three microphones that are powered by Asus’ in-house noise reduction technology and are paired with stereo speakers.

Sensors on the Asus ZenFone 7 include an accelerometer, ambient light, gyroscope, hall effect, magnetometer, and a proximity sensor. Further, there is a side-mounted fingerprint sensor. The phone also packs a 5,000mAh battery that supports 30W fast charging and works with Qualcomm’s Quick Charge 4.0 and USB PD standards. Besides, the phone measures 165.08×77.28×9.6mm and weighs 230 grams.

The dual-SIM (Nano) Asus ZenFone 7 Pro features a 6.67-inch full-HD+ (1,080×2,400 pixels) AMOLED display with a 20:9 aspect ratio and 90Hz refresh rate. It is powered by the octa-core Qualcomm Snapdragon 865+ SoC, paired with Adreno 650 GPU and 8GB of LPDDR5 RAM. The flip camera of the ZenFone 7 Pro is identical to that of the ZenFone 7 that means it offers a 64-megapixel primary sensor as well as a 12-megapixel secondary and 8-megapixel camera sensors.

Asus has provided 256GB of UFS 3.1 storage on the ZenFone 7 Pro that is expandable via microSD card (up to 2TB). Connectivity options include 5G, 4G LTE, Wi-Fi 6, Bluetooth v5.1, GPS/ A-GPS/ NavIC, NFC, and a USB Type-C port. The phone also has a side-mounted fingerprint sensor as well as other sensors in line with the ZenFone 7. Similarly, there is a 5,000mAh battery with 30W fast charging support. The phone also weighs 230 grams that is identical to the ZenFone 7.