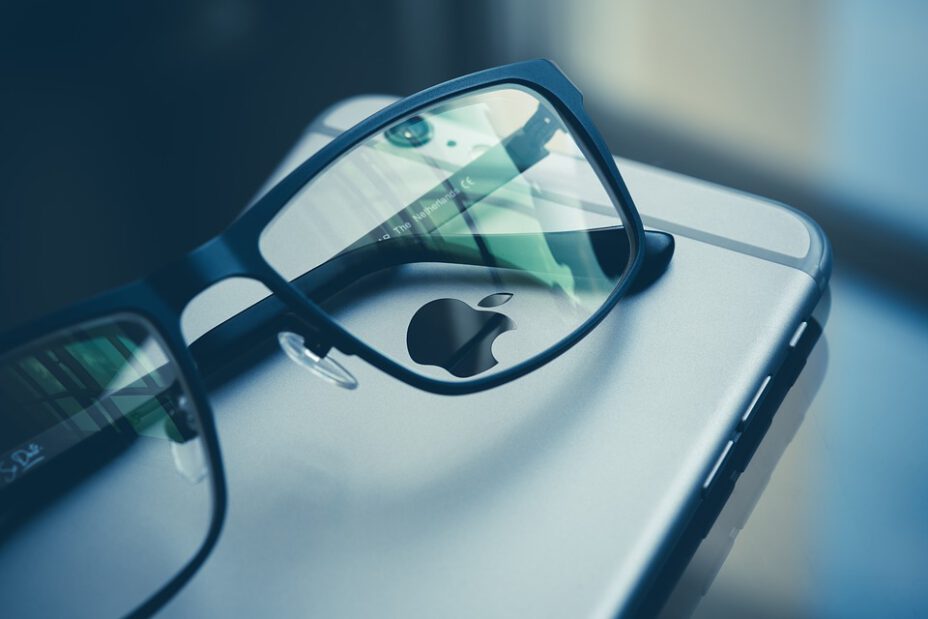 Apple is rumored to launch its first AR glasses sometime in 2022 or later, and the company has been developing a lot of ideas and technologies for the device. The Cupertino-based firm is trying to make it as light and comfortable to wear as possible while offering relatively sharper visuals. But that’s not it. The company has come up with another interesting idea for AR glasses: relaying AR screen on an iPhone for improved privacy.

A new patent application filed by Apple with the USPTO titled ‘Privacy Screen’ proposes a way that could allow only an iPhone or iPad owner to see what’s on the screen. This idea could immensely improve the privacy of iPhone and iPad users in public places. The concept involves displaying the UI of the iPhone on its screen via Apple Glasses. This could potentially remove the need for polarized screen protectors that some iPhone owners use to cut down the viewing angles and improve privacy.

According to the patent documents, Apple says that privacy screen guards cut down the colors and screen brightness to offer privacy. While users can increase the screen brightness while using privacy screen guards, it affects the battery life of the iPhone. The Cupertino-based firm’s idea is to use its upcoming Apple Glasses to offer similar functionality where only the wearer of the AR glasses can view the paired iPhone or iPad’s software.

The screen of the iPad or the iPhone is actually turned off, and the UI is displayed to the user via Apple Glasses. The UI is presented in such a way that it appears as an overlay on the smartphone or tablet’s screen, making it look like the screen is displaying the UI. While it’s easier just to put the UI on the AR glasses’ lenses, the patent does more: it needs a user to tap on the screen so that the taps are registered for navigating around the UI rather than depending on hand and finger gestures.

To anyone around the user, it would appear that they’re randomly tapping on their iPhone’s or iPad’s blank screen. The patent also explains how a pair of devices could be used by Apple to determine the relative position. When a user lifts their Apple Watch, the system can recognize that they’re not using an iPhone. The mechanism could then shift the information on the Apple Watch and not on the iPhone.

Apple’s AR glasses would reportedly cost $499 (plus the cost of prescription glasses) and all the data is processed on a paired iPhone. This means that the company’s AR glasses would only work with Apple products. The company is also rumored to be making Steve Jobs Heritage Edition of its AR glasses and an AR headset that could debut a year before AR glasses are launched.