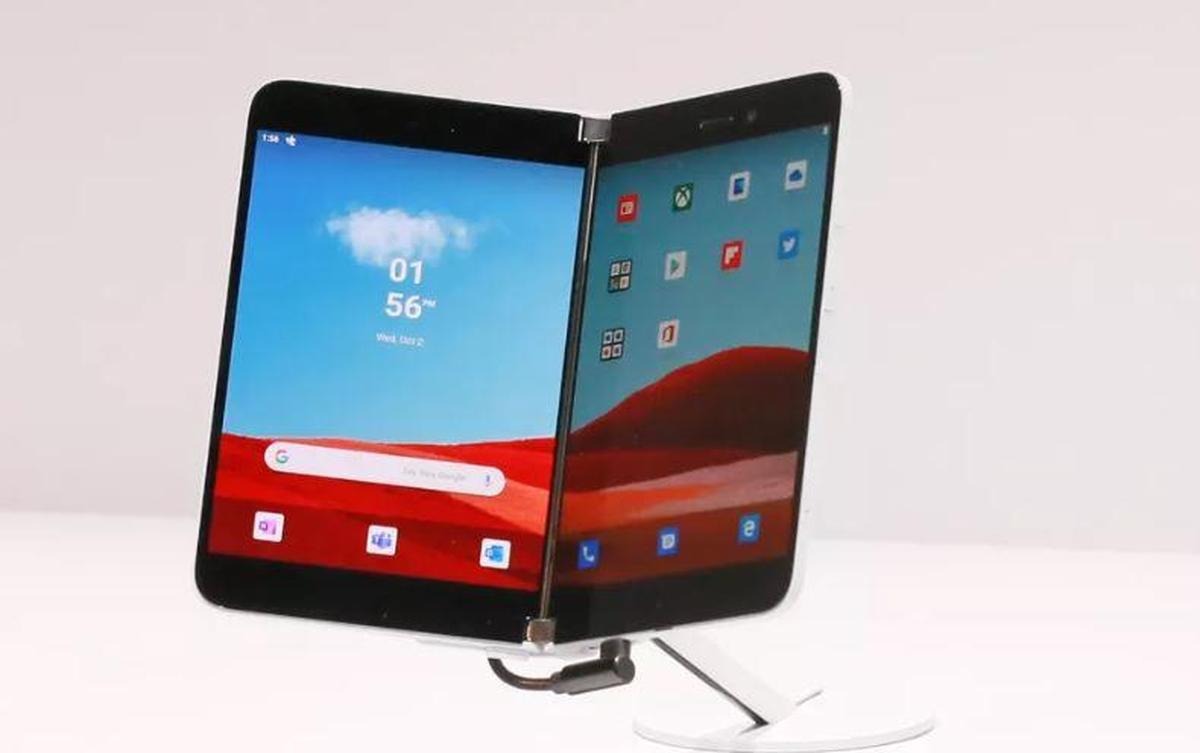 There have not really been many rumors about Apple’s “foldable” iPhone. While some Android OEMs have already released or teased their folding device, Apple has not really done anything similar. Leaker @jon_prosser has now shed some details on Apple’s foldable iPhone which “isn’t really a foldable.”

The current foldable iPhone prototype inside Apple seemingly has “two separate panels on a hinge.” Its chassis design is similar to the existing iPhone 11 lineup with round stainless steel edges. There’s no edge, but the outer display has a forehead for housing all the components required by Face ID to work. From the description, it looks like Apple’s current foldable iPhone is just two units stuck together similar to LG’s G8X Dual pictured below minus the thick bezels in between.

Prosser, however, says in a follow-up tweet that despite two separate panels, the displays look “fairly continuous and seamless” when fully extended.

The problem with foldable displays is that there is a visible crease line at the point where they are folded. This crease is there on all foldable devices that have launched so far including the Galaxy Fold, the Galaxy Z Flip, and the Moto Razr. Apple’s implementation, at least in its current form, bypasses this limitation by simply using two separate display panels.

Given that foldable devices are still in their infancy and have plenty of issues, it is unlikely that Apple is planning on launching a foldable iPhone anytime soon. The technology needs to reach a maturity level before Apple gets around to adopting it. Until then, foldable iPhones are only going to exist in prototype form inside Apple’s R&D lab.