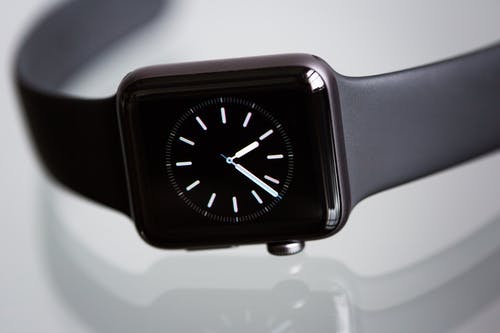 There are no estimates or rumors on the S5 chip but going by the last few generations of the Apple Watch, it should bring about a notable jump in performance and efficiency.

We don’t expect any drastic changes design-wise from the Apple Watch Series 6. Rather, it will continue to feature a similar industrial design and form factor as the Series 5 and Series 4 smartwatches. Rumors about Apple adding Touch ID fingerprint biometrics to the Digital Crown or underneath the display itself seem highly unlikely to happen this year.

Taking about the display, we expect all models to continue using OLED panels, contrary to rumors that Apple could to switch using microLED displays. That would’ve allowed for higher brightness levels and lower power requirements.

However, Apple may remove Force Touch-related hardware from Series 6. We don’t know for sure, but considering that watchOS 7 has all but ditched support for Force Touch features, that could very well happen. That could mean a thinner Apple Watch or a slightly bigger battery.

watchOS 7, which was unveiled in WWDC 2020, brought a slew of health-related features to the Series 3, 4, and 5 Apple Watches. However, code found in internal iOS 14 builds suggest that the Apple Watch Series 6 could stand out of the pack with the ability to warn users of reduced blood oxygen levels.

Lower levels of blood oxygen levels (below 80%) could pose risks to the respiratory and cardiac systems. Furthermore, COVID-19 infections could also result in low oxygen levels. That could make such functionality invaluable.

Considering that competing smartwatches such as Samsung’s Galaxy 3 already offer the ability to monitor blood oxygen levels, it’s extremely likely for Apple to add the functionality so as not to fall behind. However, we don’t know whether Apple plans to implement additional hardware (such as a pulse oximeter) in Series 6 or if the new functionality is merely software-related. Rumors indicate that the Apple Watch Series 6 could come with the ability to detect panic attacks and stress levels. It could then suggest breathing exercises to help the wearer calm down. The new Apple Watches may also maintain a history of stress-related issues, allowing the wearer to report the findings to his or her health provider for improved diagnosis.

Whether the Apple Watch Series 6 will simply use the heart rate sensor or a combination that includes any new hardware related to blood oxygen monitoring, is yet to be seen. If it’s simply a case of the former, these features could also make their way to the Series 5 and the Series 4.

According to a new Bloomberg report, we expect Apple to reveal a replacement low-cost model for the Apple Watch Series 3. It’s supposed to come with basic features such as heart-rate tracking, along with improved performance and battery life. It could also be priced in the same ballpark as the Series 3, which starts from $199.

Considering that the Apple Watch Series 3 is an extremely popular choice among users who only want fitness tracking, this rumor does make a lot of sense. This could also help Apple compete against similar offerings from the likes of Fitbit and Samsung. For months, we expected Apple to announce the Apple Watch Series 6 alongside the reveal of the iPhone 12. However, it’s now likely for the Cupertino-based giant to unveil the new smartwatch in a virtual event scheduled on the 15th of September. Other products, such as a refreshed iPad Air and the much-anticipated AirTags, could also be announced on that date. Apple may hold a separate announcement for the iPhone 12 sometime in early October.